At least twelve persons have been reportedly killed following an attack by suspected fighters of the Islamic State in West Africa (ISWAP) in Kilargar, Askira-Uba LGA of Borno State. 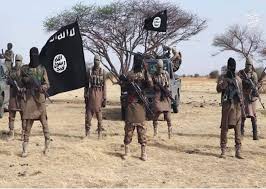 Military sources told newsmen that the insurgents invaded the community on Sunday evening, while many residents ran into nearby bushes for refuge.

The troops of the Nigerian Army are said to have repelled the attack, alongside airstrikes by the Nigerian Air Force (NAF) — killing many of the insurgents in the process.

It is not clear if troops suffered casualties in the counter-attack as of the time of filing this report.

Recall that in November, Dzarma Zirkusu, a brigadier-general and three soldiers of the Nigerian Army were killed when suspected ISWAP fighters invaded the community.

Zirkusu and the soldiers were ambushed while heading to Askira to provide support for the troops battling the insurgents who had attacked the community.