A group of Northern professionals, under the auspices of Northern Nigerian Professionals Forum (NONIP) has lambasted the National Security Adviser (NSA), Major-Gen. Babagana Monguno (rtd) over allegation of missing $1 billion funds released for the purchase of arms.

Recall that Monguno had last week, in an interview on the BBC Hausa Service, alleged that the $1billion fund approved by President Muhammadu Buhari to purchase arms to fight terrorism in the country had been allegedly missing as the consignments are yet to be delivered to Nigeria. 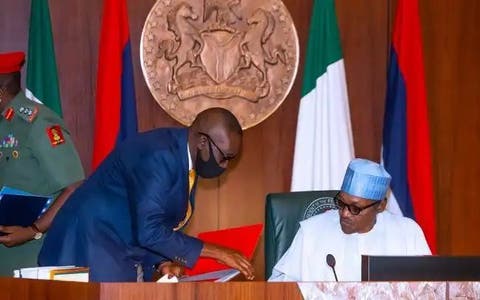 The group, after their 26th emergency national executive session, held in Kaduna yesterday, said its stand on the utterances of the NSA on the alleged misplacement is totally condemnable and unfortunate.

According to a press statement, signed by its Zonal Publicity Secretary, Dr Adamu Aliyu Babba, the NONIP said it sees the Monguno’s comment as “unprofessional, lacks clear leadership openness, responsibility and decorum”. According to the group, the NSA must accept his failure and lack of openness to other stakeholders in bringing result out of the constant challenges of insecurity that is bedeviling every section of the country, with northern Nigeria suffering the most.

The NONIP said that, as a professional body, it viewed such comments in the first place as uncalled-for and very harmful towards the success of the operation against terrorism, banditry and insecurity across the country; it said “the interview has exposed the weakness of our country’s intelligence-gathering and sharing under his office”.

It, therefore, assured its support and commended the continued efforts, sacrifices by the governors of northern region, especially the Zamfara State governor, over what it described as “his genuine concern and intermediary role played in bringing the reduction of insecurity challenges, particularly around the North-West and the North in general”.

While commending the new Service Chiefs for visiting some trouble areas when they assume duty, NONIP also described those criticising the governors of Zamfara, Katsina and Kaduna States to desist from that act and try to understand the security situation of the country, saying “security issue requires the contribution of all and sundry”.