The presidential candidate of the All Progressives Congress (APC), Bola Ahmed Tinubu, says he does not have anything against Vice-President Yemi Osinbajo. 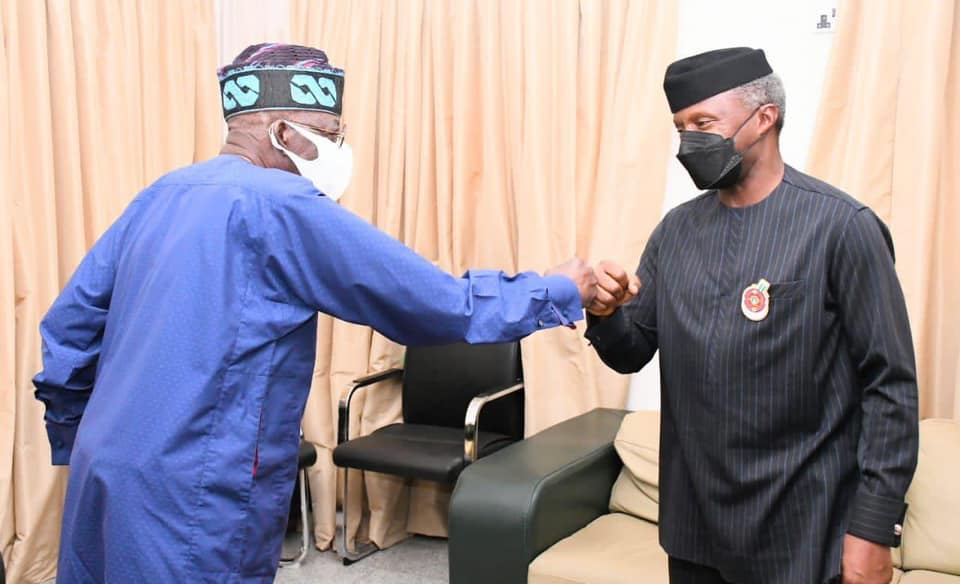 Tinubu stated this on Monday, in Kano, when he addressed a group, who worked for the presidential bid of Osinbajo.

Recall that in the build-up to the APC presidential primary; there were varied reactions after the vice-president declared his bid to contest the presidency with Tinubu also in the race.

Speaking on Monday, Tinubu said there was no issue between him and the vice-president. “I have nothing against him. I have been to his house after the primaries,” Tinubu said.

“I saw him on the day of the goodwill message [at] the retreat organised by the president. And a man who forgives, a man who asks for forgiveness from Allah fully deserves forgiveness. If you cannot give forgiveness, how are you asking from Allah? To me, it is over.”

Earlier, Alwan Hassan, coordinator of the Drone Marshall Support group, said his group wanted to see Tinubu publicly work with former APC presidential hopefuls. “We made consultations with your friends and even your enemies. Sometimes, all of them speak of one good quality about you,” Hassan said.

“Most of them have agreed that you stood out as being patient and forgiving [of] whoever offends you in politics. We want to see more public participation between you and the vice-president, Professor Yemi Osinbajo, and all other aspirants that contested against you. You are the candidate; you have won.”

Meanwhile, Osinbajo is not listed as a member of the APC presidential campaign council, but the party has said the decision was taken to allow him “concentrate on governance of the country and administration of government”.