The Kaduna State Chairman, Peoples Democratic Party, (PDP), Hon. Felix Hassan Hyat, has reassured the people of the State that the major opposition party is poised to come back to power and rescue the State from hopelessness. 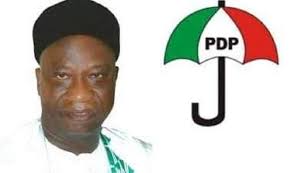 This was contained in his New Year message to Kaduna people and Nigerians as a whole.

He said, “My dear compatriots, as you rejoice and joyfully welcome the new year, the need to pause and reflect on the terrible things that have befallen thousands of our fellow citizens in the year 2021 must not be lost on us. Nor must we forget the hundreds of communities that have been reduced to rubbles, the countless number of those maimed or killed, several hundreds of school children that were kidnapped – some of whom are still in captivity after several months, fellow-citizens kidnapped by terrorists, and millions of others living in conditions unworthy of their human dignity, all as a result of the failure of governance in Nigeria as a whole and especially in our dear Kaduna State in the past few years. It needs no telling that we have never had it so bad.

“Never in the history of Kaduna State have we witnessed a government that places so little value on human lives. Never in the annals of the history of our dear state have we experienced a government that designs policies that appear to deliberately punish and impoverish the governed as if it were a government of occupation and slavery. As a result, ruin, constant fear, abject poverty and gloom have taken over our dear state, and everyone is sick of the state of affairs in our once peaceful and serene state.

“Worthy of mention are the arbitrary sack of civil servants without entitlements, demolition of markets and systematic takeover of landed properties of private citizens across the urban centres in the state, and the bastardization of our traditional and religious institutions. Presently, there is an alarming number of litigations against the state government on matters of illegal demolitions and chieftaincy by citizens and groups most of which will not be determined before the end of this administration.

Moreover, our debt profile has risen geometrically in the past 6 years. The present APC-led government has accumulated over 250 billion naira loans under very questionable circumstances. To make matters worse, part of these funds are being used to finance capital projects concentrated in only a few Urban LGAs leaving the rural areas completely neglected as if they were not part of the state. We understand that the repayment of the humongous loans will not commence until 2025; two years after the expiration of this administration. Those to bear the burden of repayment, therefore, will be future governments and generations in the state.

“In addition, the award of contracts is another issue of great concern. Apart from the alleged corrupt inflation of contract sums, we are sufficiently aware of the culture of non-compliance with due process in the selection of contractors and award of the contracts by this government. We, therefore, demand the immediate audit of all contracts awarded since the commencement of this administration, and the report should also be made public for all citizens to see what their monies are used for.

“The truth is that from the onset of the present APC leadership in the state, it became abundantly clear that we have been saddled with a regime that was determined to play God; listen to no other counsel outside its own, and muzzle all voices that disagree with its policies. About seven years on, all our fears have been confirmed.

“As you would all bear witness, the PDP in Kaduna state has deliberately indulged in measured and constructive criticism of the government instead of the false, rash, intolerant, uncouth and destroy-all propaganda-style which the APC employed when it was the opposition and even after forming government both at the national and state levels.

“We have elected to so engage the APC in the state, lest we should be accused of sabotage and negative interference in their running of our state. To be sure, even some of our ardent supporters have been tempted to think that we are weak, cowardly, or even compromised because of our choice of constructive rather than destructive opposition.

“Unfortunately, however, instead of taking advantage of this patriotic approach by the PDP in the state to opposition politics to deliver the dividends of democracy to the people, our State has been taken backwards several decades.

“May I, therefore, state, this 1st January, 2022, as the leader of the PDP in the state, that enough is enough. It is time to prove to our patient supporters and members that the allusion that as the main opposition party in the state we are either weak or compromised is far from reality. We are determined now more than ever before to hold the APC-led government to account and thus return sanity to our dear state.

“Therefore, my New Year message to our members and indeed all the electorate in Kaduna State is a message of hope and a clarion call to a new awakening. From today, the democratic process of liberating Kaduna State and indeed Nigeria from the present state of despair has started, with the youths at the forefront of this drive, as the 2023 general election draws nearer. We invite you all to join in this rescue mission.

“You may recall, perhaps, that only recently, our state chapter of the party made history when we presented in the last National Elective Convention of the party, a 25-year old for the position of National Youth Leader of our great party which was zoned to our state. We have also only recently appointed another youth in his mid-30s as Special Adviser to the State Chairman, appointed women as Local Government Secretaries in two out of the five LGCs we won and supported the election of 13 women out of the 39 available positions in our state leadership architecture of the party, among other wide-ranging reforms aimed at ensuring more youth and women inclusion in party affairs at all levels.

“I assure you that the next administration of the PDP come 2023 will be committed to not only restoring peace and security in the state but also rebuilding our state, restoring our bastardized traditional/religious institutions, equitable development of the rural areas, resuscitation of trade, commerce and industry, the introduction of various agricultural support programmes, and above all, the restoration of the dignity of our people.

“Indeed, it is possible because you have made a very strong statement in the compromised 2019 election by voting en masse against tyranny and the ineptitude of the APC, and re-emphasised your position in the last Local Government Council elections in the state. So far, we have won over 110 of the 255 councillorship positions in the state, five (5) out of the 23 LGAs in the state. Meanwhile, we are in court to reclaim our stolen mandate in 13 other LGAs. We trust that the judiciary will stand on the side of the people as they did in the case of Soba LGA. We are once again very grateful to the good people of Kaduna State for the massive support before, during and after the elections. We will continue to pursue your mandate and leave no stone unturned until justice prevails. This, I promise you.

“Fellow compatriots, this is not a time for long talks, but a time to thank God and celebrate the new year. This long speech has become necessary as we strategize to democratically take over power in a year and a half from now and rebuild our devastated state. I shall speak to you more about our programmes in this regard”, he stated.