Ahead of his declaration for the presidency in 2023, which is likely expected today, Vice-President, Yemi Osinbajo, yesterday met with some governors of the ruling All Progressives Congress (APC) under the aegis of the Progressive Governors’ Forum, (PGF), in Abuja. 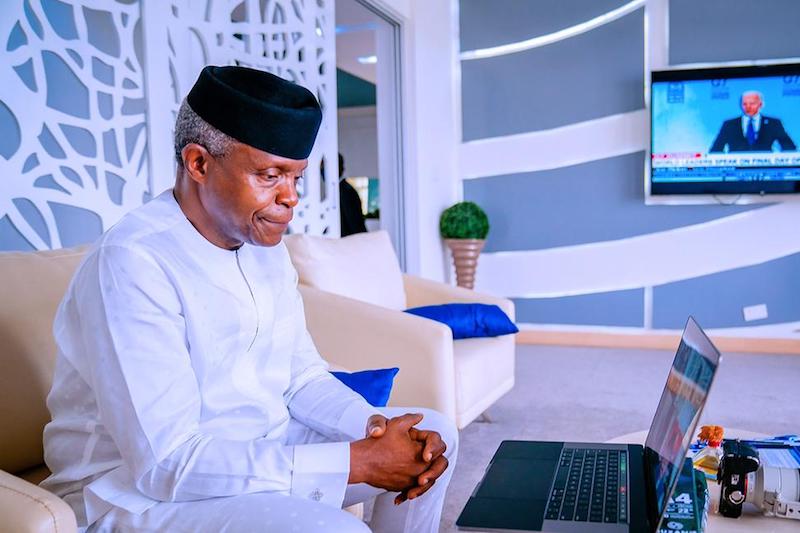 The meeting, it was gathered, is part of his consultations with critical stakeholders ahead of his expected declaration to run for the presidential ticket in the forthcoming 2023 general elections.

This is coming as the Minister of Transportation, Chibuike Amaechi, at the weekend declared his ambition to contest the 2023 presidential election on the platform of the APC.

Presidency sources told newsmen that Osinbajo’s meeting with the APC governors would hold at the Akinola Aguda House, which is the official residence of the vice-president located within the precincts of the Presidential Villa, in Abuja.

It was gathered that the vice-president would use the forum to intimate the APC governors, led by Governor Abubakar Bagudu, of Kebbi State, of his intention to contest for the APC’s presidential ticket in the forthcoming presidential primaries of the party.

According to the sources, the meeting with the governors is a continuation of a series of consultations being held by Osinbajo with critical stakeholders in the ruling party about his desire to succeed President Muhammadu Buhari in May 2023.

The presidency sources also told newsmen that all is set for the VP to publicly declare his intention to contest for the APC ticket this week.

It was also learnt that the ceremony will take place in Abuja, with State governors, federal and state legislators, ministers as well as other APC top shots already invited for the grand ceremony, which may take place either today, Monday, or Tuesday.