The Minister of Niger Delta Affairs, Godswill Akpabio, has declared to join the presidential race on the platform of the All Progressives Congress, (APC). 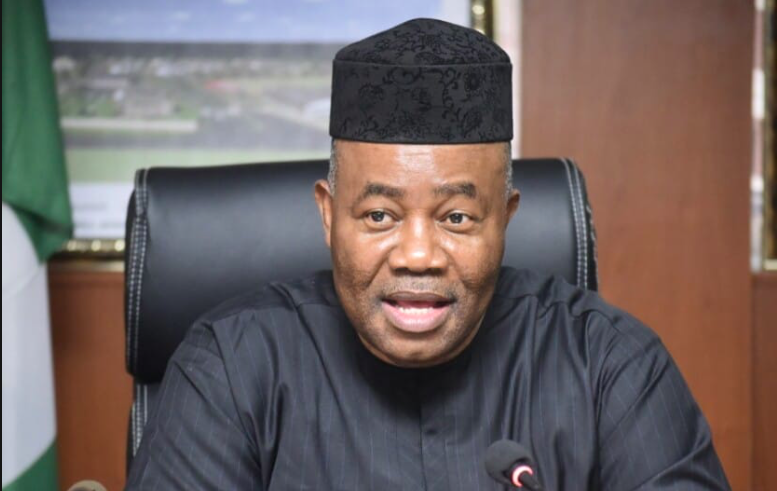 Akpabio, surrounded by his wife and party faithful across the country, at exactly 15:52 at the Ikot-Ekpene township stadium, in Akwa Ibom State,
said he believes in one indivisible Nigeria and that one day it shall shine.

Akpabio, who said as President, he will not know tribe or colour, further said: “I declare that the will of God in 2023 will be done”.

Before his declaration, he said: “You have had a lot of declarations, but this one is uncommon”, adding: “This is not only a message of hope but a message of positive continuity. It is also a message that the Egyptians you see today you shall see no more”.

The former Governor, who governed the State for eight years under the Peoples Democratic Party (PDP), said: “This is a time for restoration”.

According to him, before he became minister, he never knew what was going on in the Niger Delta Development Commission, (NDDC).
He said but under his watch, for the first time, the Commission didn’t pay N300 million for rent in their office building because they now have their own headquarters.

He added that “300 roads have been commissioned by NDDC; not because they had fresh funds but because contractors, for fear of the outcome of the forensic audit, went back to complete the roads.

“I am determined to make sure that Nigeria does not sink”, he stated.