The APC has broken a fundraising record in the annals of our political history. 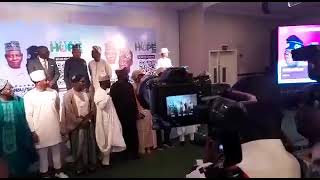 Considering that no individual can donate more than N50 million, this is good news for the APC and a big boost to the ruling party.

This demonstrates that Nigerians believe in the ability of the APC presidential candidate and his running mate to make Nigeria better. While the LP celebrated raising ten million in 24 hours, the APC, which the opposition claims Nigerians are sick of, raised 192 million in a matter of minutes.

To many political observers this development shows that the APC has been accepted by the general public, showing that action talks louder than words, and that Nigerians have taken affirmative action that has dwarfed their voices.