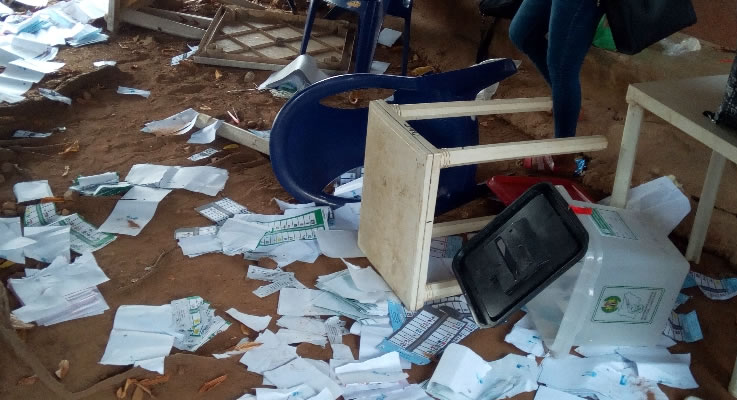 The INEC boss, who said this yesterday in Abeokuta, the Ogun State capital, during an on-the-spot assessment of the burnt office in Abeokuta-South by suspected arsonists, described the arsonists as “undemocratic and retrogressive elements.”

Apart from Ogun State, the hoodlums had recently attacked INEC offices in Osun and Ebonyi States. Addressing newsmen, the INEC Chairman vowed that the Commission would not bow to an act of arson, saying five facilities were attacked nationwide in the last four months.

He also said the burnt Permanent Voter Cards, PVCs, in Ogun and four other States would be reprinted in two days, saying efforts were in top gear towards replacing the materials lost to the inferno.

Yakubu said INEC “is determined to make the 2023 elections the best ever”.