Images of branded campaign vehicles of Godwin Emefiele, governor of the Central Bank of Nigeria (CBN), have surfaced online. 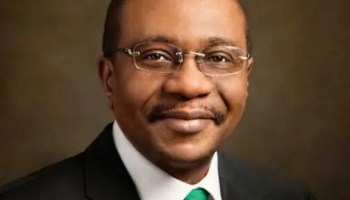 Emefiele, who is alleged to be interested in running for president under the platform of the All Progressives Congress (APC) in 2023, has continued to attract attention with many support groups urging him to declare.

The apex bank’s governor is reportedly being wooed by a section of the Presidency and some APC governors to throw his hat in the ring.

Although the CBN governor has yet to admit interest in the race, insisting on different occasions that he is focused on his job and on helping President Muhammadu Buhari finish on a high, he has not dismissed same outright either. 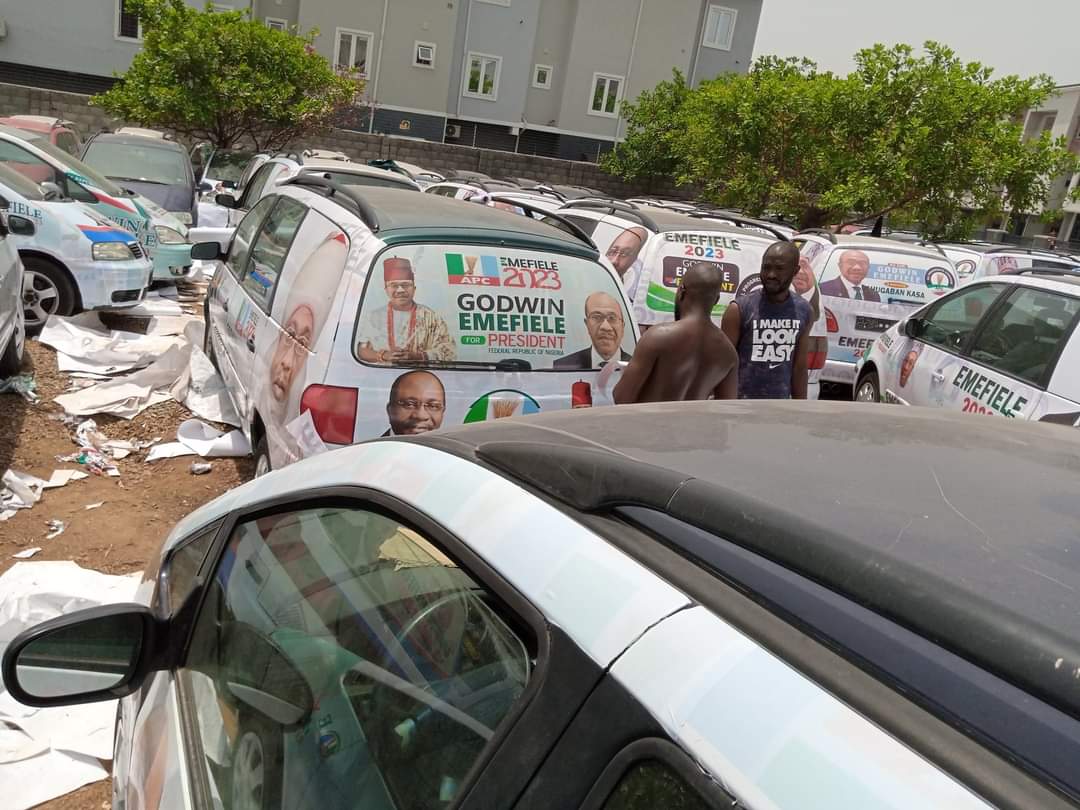 Recall that Emefiele recently insisted that his main focus was on tackling inflation and putting the economy in shape, adding that any talk of his political ambitions was a distraction.

However, social critic, Reno Omokri, in a tweet, said the campaign vehicle pictures was a red herring by fifth columnists. “The man is innocent and his detractors want to taint him”, Omokri tweeted.

Meanwhile, his alleged ambition is said to be causing division between the Aso Rock cabal and some top leaders of the APC.

This is because while it is being claimed that spirited efforts are being made by some officials in the Presidency, to draft the CBN boss into the race, some leaders of the party are reportedly against the move, though according to sources, this is generating bad blood within the APC political circles as some of the leaders have opposed the moves.

However, observers say if the speculation comes to fruition, Emefiele will have to battle for the ticket with the National Leader of the party, Bola Ahmed Tinubu, Ebonyi State governor, Dave Umahi, Senator Orji Kalu, and possibly, Vice-President Yemi Osinbajo, who is yet to declare.

Appointed in 2014, Emefiele, who hails from Delta State, was reappointed in 2019 for the second term of five years by President Muhammadu Buhari. The second tenure of the Delta-born economist will lapse in 2024.