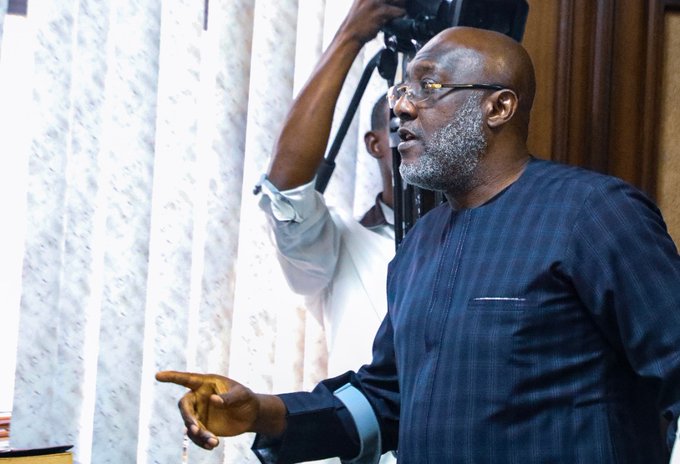 In an issued statement yesterday, to address the alleged use of a Nigerian Air Force jet to attend a wedding by senators, Metuh said the actions of the political elite have the potential to trigger anarchy.

He said the “persistent assault on the sensibilities” of Nigerians can birth a revolution worse than the #EndSARS movement.

Recall that in October 2020, Nigerians under the #EndSARS movement took to the streets to protest against police brutality, especially by the officers of the special anti-robbery squad (SARS). The protests were subsequently hijacked by hoodlums, resulting in arson, vandalism and looting.

Metuh asked the politicians to “urgently” change their ways to avert a repeat.

“Truth be told, Nigerians have suffered a lot; they are suffering with burning indignation against politicians and their families and, God forbid, such indignation has the propensity to trigger a revolution and complete anarchy within one year of the general elections, if our political class fail to cleanse its ways”, he said.

Metuh added that Nigeria can be great if people of “honour, integrity and passion” hold public offices. “Nigerians must, therefore, do their part to save our country by supporting only candidates that will work for the interest of the nation and not be driven by a mundane desire for monetary gains, gratifications and lust for political appointments,” he said.

Recall that Metuh resigned his membership of the PDP in October and said he’ll no longer be involved in partisan politics.