Eighteen registered political parties under the platform of Coalition of United Political Parties, (CUPP), have raised the alarm over an alleged fresh plot to remove Prof. Mahmood Yakubu as the Chairman of the Independent National Electoral Commission, (INEC), in a bid to truncate the 2023 general election. 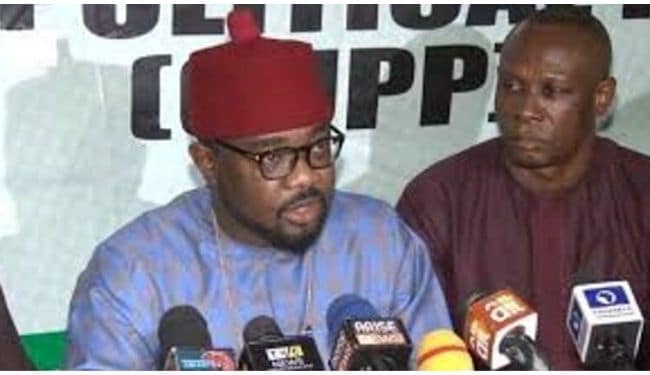 The Coalition, which comprises the majority of the opposition political parties in the country, made the allegation during a press conference yesterday, in Abuja. This is just as the CUPP and other concerned Nigerians also revealed a plan to pressure the Commission to deactivate the Bi-modal Voter Accreditation System (BIVAS) from the Commission’s computer server and cause leadership change in INEC, as well as force the Commission to stop the electronic transmission of election results.

According to the CUPP spokesman, plans had been perfected by the perpetrators to create crisis of confidence based on trumped-up charges that would lead to the removal of top INEC officials, including its chairman, Prof. Yakubu, as well as other National Commissioners who are insisting on the use of the BVAS for the 2023 elections and the “irreversible” use of electronic transmission of the result.

Ugochinyere further alleged that the plot was being spearheaded by a top member of the ruling All Progressives Congress (APC) in the South-East region of the party.

Recall that the Coalition had, during its last press conference, fingered Imo State Governor, Hope Uzodimma, in an alleged voter registration fraud in the State, prompting a response from INEC. The CUPP spokesman, however, warned that “any further action in trying to remove the INEC Chairman, de-activate BVAS, or any untoward action to compromise the 2023 elections, will be a direct affront and challenge to Nigerian voters and the entire political parties and will be resisted vehemently.

“We also call on President Muhammadu Buhari, if he is serious about his speech at the United Nations to ensure the 2023 election is free and credible”, Ugochinyere stated.

The CSOs and the Ethnic Youth Leaders also warned that any attack on the BVAS is an attack on the 2023 general elections, and the plotters should be put on notice that such an attack is capable of erupting to undesirable consequences.