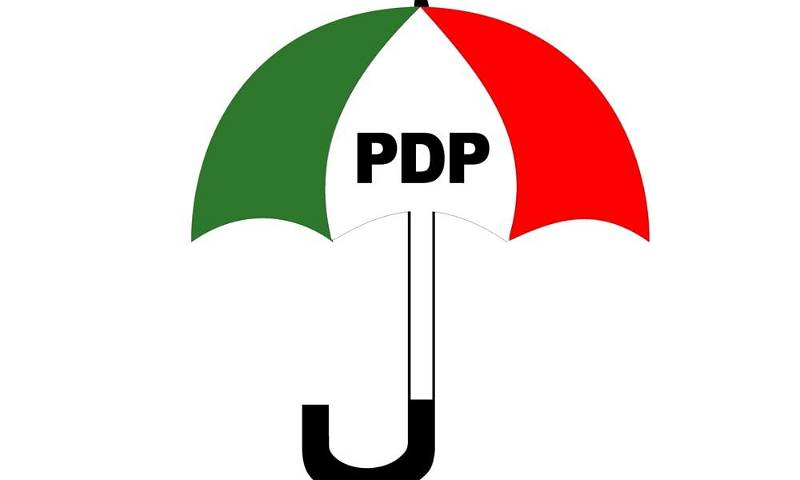 Lawal, who visited the PDP secretariat in Abeokuta on Saturday, also declared his intention to contest the governorship seat in the next year’s election.

Recall that the London-trained banker had vied for the same seat in 2019 under the platform of the All Progressives Congress (APC), but lost the ticket to Governor Dapo Abiodun.

Aside from Lawal, three other aspirants, including Hon. Ladi Adebutu, Segun Showunmi and Professor David Bamgbose, have indicated their interest in contesting for the PDP governorship ticket.
Last week, Lawal obtained the Peoples Democratic Party’s nomination form for the governorship primaries.

The State chairman of the party, Hon. Sikirulai Ogundele, and other executive members officially received Lawal to the party.

Ogundele said the party is ready to receive aggrieved members of the opposition APC and other people who are willing to join the party.
He assured all the aspirants of a level-playing ground, insisting that the party would conduct a free, fair and credible primary elections to pick credible candidates to contest the 2023 election.

According to Ogundele, contrary to insinuation that Adebutu had “pocketed” the party, “nobody has hijacked the structure of the party.”

He said, PDP had learned from its mistakes and repositioned itself to win the 2023 elections, saying the party would avoid the imposition of candidates which led to the crisis that almost tore it apart.

Ogundele further said, “Our joy is to have so many credible and outstanding members in the party. I have no doubt in my mind that our brother (Lawal) is a credible leader, these are the kind of leaders we want in the party.

“The door of our party is opened to everybody. Our party is ready to take in people that are willing to join us. I assure you that, the party will conduct a free, fair and credible primary election, not only for governorship but also for all other positions.

“I promise to give all of you (aspirants) a level playing ground. This party is going to conduct a credible primary and anybody is free to contest for any position.”

Lawal in his remarks, accused the APC-led administration in the state of failing the people, saying he would deploy his wealth of experience in both the public and private sector to save the state.

“Our state is bleeding, almost at the point of haemorrhaging to death, we need to save Ogun state and the wealth of my experience, qualifications, and the strength of my character I would like to deploy to make Ogun state better through the platform of PDP”, Lawal said.