Pentecostal Bishops from the North, who last week visited the presidential candidate of the All Progressives Congress (APC) Asiwaju Bola Tinubu for an interface, have taken a swipe at the former Secretary to the Government of the Federation (SGF), Babachir Lawal, who rebuked them for the visit, wondering when the former SGF became the mouthpiece of Christians in Nigeria. 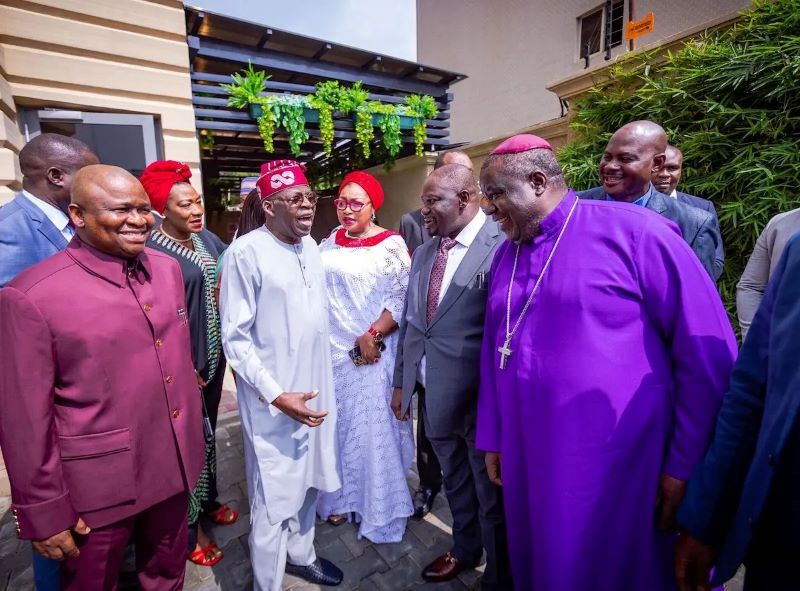 The said Bishops berated Lawal for recoiling to his cocoon when he was in office, not wanting to put his position to risk despite the “unimaginable marginalisation in appointments into offices by the Government.”

Recall that last week Thursday, Archbishop John Praise led other Christian faithful for an interface with Tinubu to highlight the marginalisation and injustice meted out to Christians in the North over the years, which has created mistrust in Christians in Nigeria on the Muslim/Muslim ticket of the APC, and the former SGF faulted such a meeting.

Reacting to the condemnation, the President and founder of Living Stone Church Assembly, Bishop Jonas Katung, yesterday in Jos, the Plateau State capital, said that the Bishops should be commended for taking the plight of Northern Christians before the APC presidential candidate rather than being condemned by the likes of former SGF, whose comment he said was out of “mischief”.

The Christian leaders also emphasised that the interface was not in any way an endorsement of the same faith ticket of the APC, saying “The Church consists of members belonging to different political parties; and not being partisan, it must not portray a posture of antagonism to any political party without first having a full appreciation of their decisions and actions.

“The efforts of the Church leaders ought to be commended by all people of goodwill. It, therefore, came to me as a shock that Babachir Lawal, an eleventh-hour Christian champion, had the effrontery to describe these Church leaders as fake Bishops in his ill-motivated press statement”.

Katung added, “The question Babachir Lawal must answer is: why is it now that he suddenly found his voice to speak for Christians in Nigeria?”