The Senator representing Katsina-South senatorial district, Abu Ibrahim, has said no aspirant from the Southern geo-political zone can stand against the National leader of the All Progressives Congress (APC), Asiwaju Bola Ahmed Tinubu, in the contest for the presidency ahead of the 2023 General Elections. 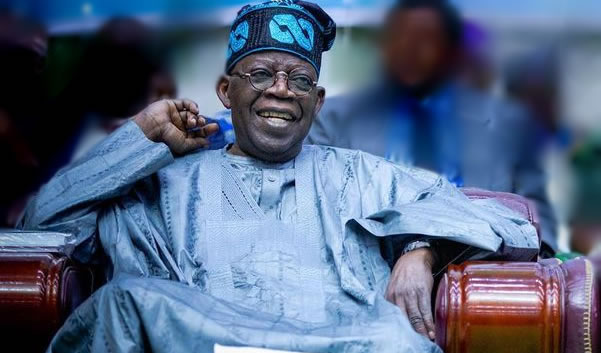 Senator Ibrahim stated this while sharing his views during an interview on LibertyTV programme: “Guest of The Week”, on Friday.

While describing Tinubu’s contributions to APC as a political party since its formation, Sen. Ibrahim said, “The Asiwaju is a very big stabiliser in APC. If Asiwaju didn’t participate strongly on many fronts, the APC as a party would have been in a very serious trouble. He champions the legal cases of candidates who lost elections. He gives leadership, and he gives assistance; if it is financial, he will assist. He is so generous.

On why he has been going around trying to sell his aspiration to be Nigeria’s president in some parts of Northern Nigeria, he said, “What people don’t realize is that Tinubu has the biggest political base now, because he has almost inherited Buhari’s political base. And that is because every one of Buhari’s men believes that Tinubu made Buhari president; so they like him”.

The Katsina-born politician, who is a close confidant of both President Buhari and the Asiwaju, the leadership of the APC was not using internal mechanisms to make the party stronger, hence the ravaging crises threatening its existence.

According to him, “If we don’t support Tinubu, North-West politicians will suffer in the future, as nobody will trust us again. So we have to make sure that this understanding is for our future politics”, he said.

The very seasoned politician also spoke on the new Electoral Act 2022 and the role it will play during the forthcoming 2023 general elections, amongst others.