As the electioneering process gathers momentum, renowned human rights activist, Femi Falana, alongside Prof. Pat Utomi and others, have stressed the need for the Independent National Electoral Commission, (INEC), to adopt an electronic voting system in the 2023 election.

Speaking at the unveiling of the 40 million ballots movement, a youth-driven network in Lagos, recently, Falana urged the nation to take full advantage of the benefits of technology in making it easier for the electorates to vote.

While saying it was not just enough to campaign for registration, he equally called on the group to also educate people that are registering.

According to him, even though the President had signed the electoral law it was not just enough to have the law, but also a mechanism that would sanction those who undermine the electoral processes.

For the President and Chief Executive of ‘Youths Off The Street Initiative‘ and Convener of the ‘40 Million Ballots Movement‘, Iyere, the motive was about removing youths from the streets and making them become responsible.

He added: “40 million ballots is a revolutionary way of wrestling power from the wrong hands in 2023. If we do not do this and reclaim the power they have stolen from us to elect our own political leaders, they will still impose on us in 2023 and beyond.”

He stated that, “We must take our political destiny into our hands ahead of the 2023 general elections.”

For the former National Legal Adviser of the All Progressives Congress (APC), Dr. Muiz Banire, his expectation is that the initiative would be able to transform their traditional struggle into a civilised struggle in order to enthrone sanity into the political system. 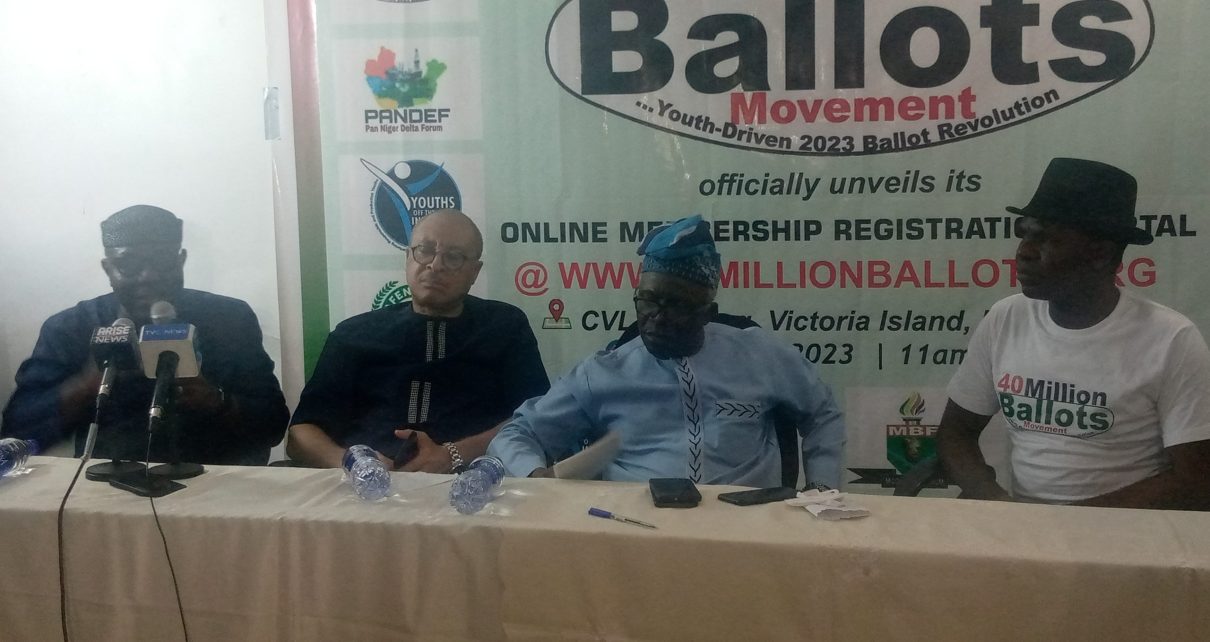 “The thought, therefore, is how can we in a democratic manner liberate ourselves. A very simple window can be found. It is, therefore, a duty for all citizens to awaken the Nigerian people that only if you register and vote can you bring the kind of government that serves in the interest of the people”.