The Igbo socio-cultural group, Ohanaeze Ndigbo Worldwide, has said that after President Muhammadu Buhari’s presidency in 2023, the South-West region lacks the moral right to aspire for Buhari’s successor after spending eight years as President through Chief Olusegun Obasanjo (1999-2003) and as Vice-President Professor Yemi Osibanjo, (2015-2023). 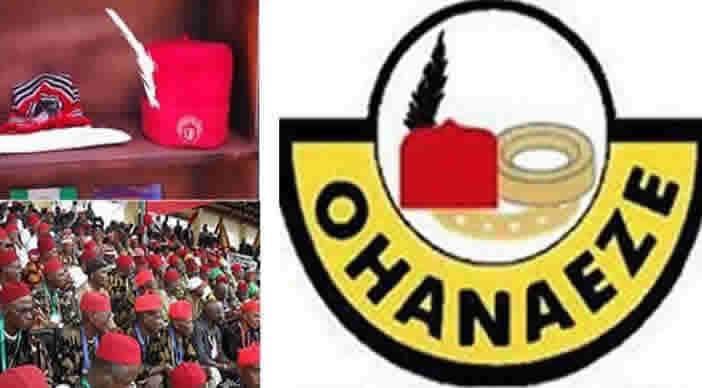 The Ohanaeze insisted that the Igbos are favored by all standards to occupy the Presidency in 2023 and urged other Nigerians to support the Igbo.

The group further condemned what it described as attempts by detractors of Ndigbo to blackmail it with the activities of Biafran agitators over the issue of Igbo presidency.

“Since the activities of these groups did not stop the people from the aforementioned areas from emerging Presidents of Nigeria at different times, the rise of self-determination agitators from the South-East will not stop the zone from producing the president in 2023.

The group emphasised that, “Igbo Presidency in 2023 will rather assuage the burning flames of Biafra agitation and put Nigeria back on track for greater heights”.

It stressed that the coast is getting clearer for the Igbo presidency in 2023, and tasked Igbo presidential aspirants to reach out to all political parties and geo-political zones and build bridges of friendship and support.