The Coalition of Northern Groups, (CNG), has dismissed a remark by former Governor of Anambra State, Chukwuemeka Ezeife, that the South-East region is prepared to kneel and prostrate to beg other regions to support their presidential ambition in 2023. 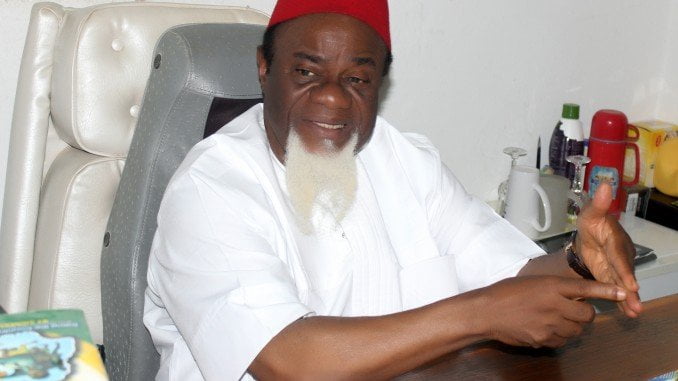 CNG said Igbo leaders should prostrate to Nnamdi Kanu, leader of the Indigenous People of Biafra, IPOB, rather than deceive other regions.

Spokesman of the group, Abdul-Azeez Suleiman, said the North would not be deceived by Ezeife’s remark. In an issued statement that he signed, he stated that the South-East are not “sincere and should not be trusted” due to past antecedents.

According to Suleiman: “Igbos have, by their conduct, denied themselves the opportunity to be trusted with power in the near future.

“It is deceptive for them to make such overtures after having encouraged and supported Nnamdi Kanu, the leader of the outlawed Indigenous People of Biafra, (IPOB), and the atrocities committed against other Nigerians, particularly northerners by his IPOB.

“If the Igbo must prostrate to anyone, they should prostrate to Kanu as the North has come of age and shall not be deceived or fooled any longer”, it stated.