Ebonyi State governor, David Umahi, has denied reports that he has abandoned his ambition to contest the 2023 Presidential election under the platform of the ruling All Progressives Congress (APC) for the Ebonyi-South senatorial seat. 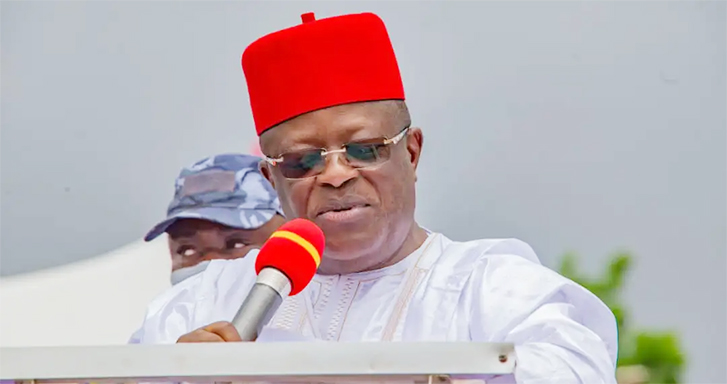 The State’s Commissioner for Information and State Orientation, Barrister Orji Uchenna Orji, in an issued statement yesterday, said the report is sponsored by opposition forces who are afraid of the governor’s growing popularity.

“Our attention has been drawn to a senseless falsehood being irresponsibly shared on social media platforms by opposition forces and mischievous minds who are idly making mendacious propaganda against the Presidential ambition of the Governor of Ebonyi State, His Excellency Engr. Chief David Nweze Umahi.