Vice-President, Professor Yemi Osinbajo, yesterday, has said it would amount to an act of betrayal to the country if he failed to serve Nigeria. 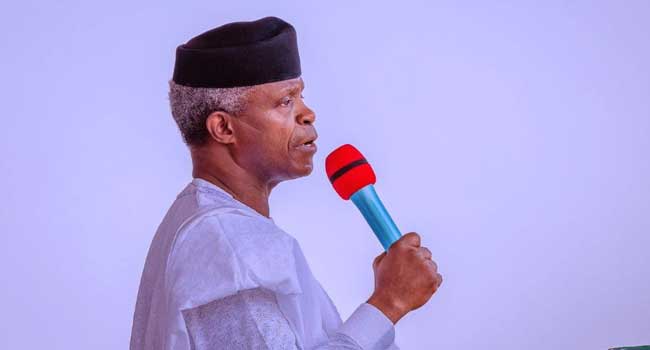 The vice-president, who expressed his readiness to contest the presidential election in 2023, stated this yesterday, when he visited the Ondo State governor, Rotimi Akeredolu, and some leaders of the All Progressives Congress (APC), as well as some political office holders in the State as the presidential primary of the party, draws nearer.

The visit may not be unconnected to part of the consultation tour being embarked by Osinbajo to the party faithful across the country as the forthcoming presidential primary of the party draws closer.

Osinbajo said, “Opportunity comes once in a while. It is also a privilege to serve. Our country needs service that will bring the country out of the wood.

“Nobody can be anything without the endorsement of God. I declared my intention based on the fact that I have served for over seven months as acting president. I was given very serious responsibility as an acting president.

According to him, “Now, the opportunity has come; with the experience that I have, the connection and contacts that I have, both locally and internationally, it will be a betrayal to the country not to accept to serve the country.

“Many people are dying for the country every day. If with all that has been given to me by the grace of God, with all the experience, I now retire to Lagos or Ikenne to go and be writing my memoir, it would be a great injustice to this country”.

In his remarks, Gov. Akeredolu said the delegates from the State love and respect him, but however, said it is God that enthrones.