Ahead of the 2023 presidential election, Rivers State governor, Nyesom Wike, in Kaduna, yesterday, has described Nigeria as a country that is bleeding. 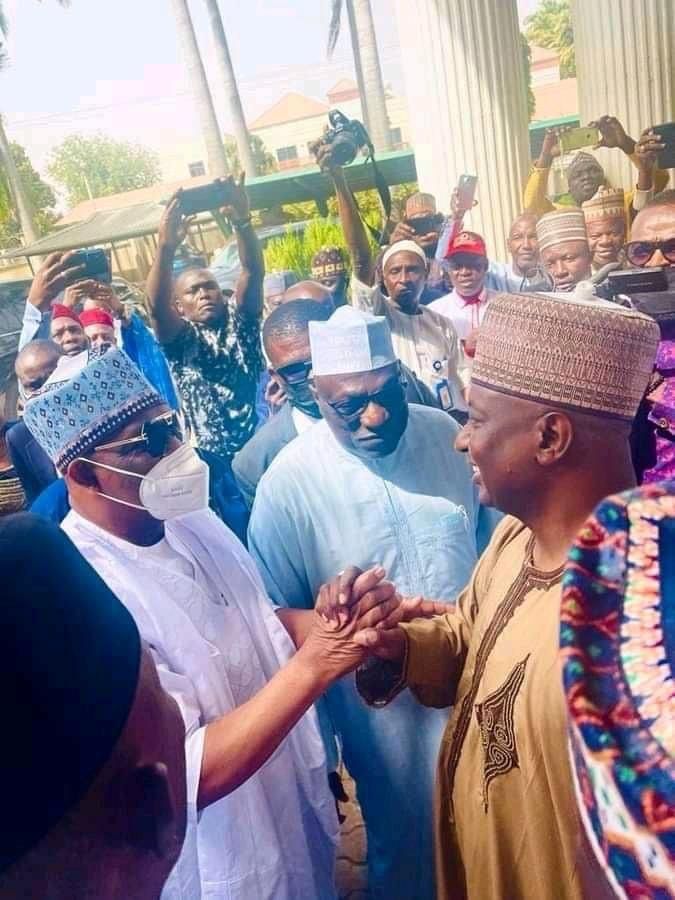 The governor called on members of the Peoples Democratic Party (PDP) to unite and take over power in 2023.

Wike’s host and former Governor of Kaduna State, Sen. Ahmed Mohammed Makarfi, told Wike and his entourage that the people of Nigeria would be disappointed in the PDP if they don’t unite and take over power.

He added that going by some election results in recent times where the ruling All Progressives Congress (APC) had lost many units at grassroots levels, Nigerians were now tired and were waiting for the PDP to take overpower.

Wike, who told the crowd that besieged Makarfi‘s Kaduna residence to see him, said he was not on a political trip but to see Senator Makarfi, who has spent time abroad on health grounds.

According to him, Makarfi was important and held in esteem by PDP members because of his leadership qualities and the gallantry he displayed to save the party ” when Ali Modu-Sheriff was being used to break the PDP.”

He explained that party members should be concerned about the unity and sustainability of the party, and be united ahead of the forthcoming campaign to wrestle power from the ruling APC.