The National Working Committee (NEC) of the Peoples Democratic Party, (PDP), yesterday approved the recommendation of its committee to zone the party’s next National Chairman position to the Northern part of the country. 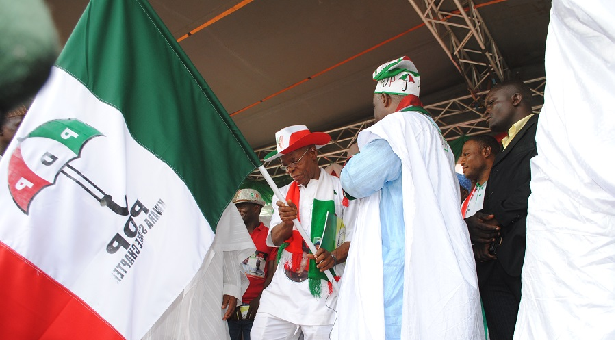 The party’s National Publicity Secretary, Kola Ologbondiyan, disclosed this while addressing newsmen on the outcome of the NEC, which was held in Abuja.

Ologbondiyan said that the NEC considered and adopted Gov. Ifeanyi Ugwuanyi-led Zoning Committee’s report, ahead of the party’s National Convention, scheduled for Oct. 30.

The committee had recommended that the current elective National Working Committee (NWC) positions in the party should be swapped between the north and the South.

Ologbondiyan, however, clarified that what was approved was not about the executive and legislative positions in the 2023 general elections, but the elective NWC positions for the forthcoming convention.

On when the aspirants would start obtaining forms, Ologbondiyan said what was adopted was the recommendation of zoning between the North and the South.

He explained that what was expected was for the regions to go and micro-zone the positions to the geopolitical zones, after which aspirants can start obtaining forms.

Ologbondiyan, however, said that the report of the Gov. Bala Mohammed committee on PDP performance in the last general elections would be considered in another meeting of the NEC.