The leader of the Yoruba socio-cultural group, Afenifere, and elder statesman, Pa Adebanjo, has said that Peter Obi, presidential candidate of the Labour Party, (LP), is fighting for the oppressed people of Nigeria, and therefore shares the same cause as him. 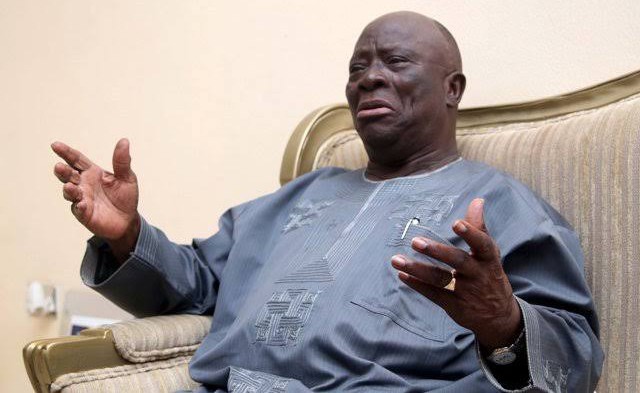 Adebanjo, who had endorsed the former Anambra State governor, hosted him alongside the leadership of the Southern and Middle-Belt Forum (SMBLF), on Tuesday.

Speaking on the meeting in an interview during a television programme yesterday, Adebanjo said Obi believes in Nigeria’s restructuring and is fighting for oppressed Nigerians. According to him, they won’t back any candidate that does not support restructuring.

“We are all partners in progress; the fight he is fighting is a fight for the oppressed. Restructuring was at the front burner; we should have a country first before we have any development plan. That is the pillar on which the Southern and Middle-Belt leaders stand”, he stated.