President Muhammadu Buhari has said the planned 2023 Population and Housing Census would help the Federal Government’s fight against poverty and insecurity. 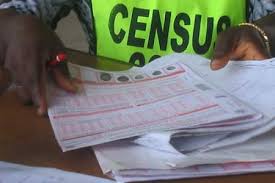 A statement from the President’s Special Adviser on Media and Publicity, Femi Adesina, said the president made the remarks in his keynote address at the National Stakeholders’ Summit on the 2023 Census, which was held at the State House Conference Centre, Abuja.

The Nigerian leader lamented the dearth of up-to-date information since the 2006 census which, he argued, has impeded the country’s national planning.

Buhari, who acknowledged that Nigeria could rank third largest country in terms of population by 2050, after China and India, said “a reliable, credible, acceptable and successful census” will enable the government to plan for development, especially in bolstering the social security programmes that target more vulnerable Nigerians. The President said the deployment of digital technology in the 2023 National Population and Housing Census will ensure effectiveness and more accuracy in the figures that will come out of the exercise.

The President also said the 2023 Census data is also needed in order to tackle the security challenges bedevilling the country as it will give an overview of the population, where we are, and who we are. He, therefore, called for the support of stakeholders, which include State Governments, Local Government Councils, traditional and religious Institutions, Civil Society organisations, the private sector, media, development partners, donor agencies, and the general populace for a successful conduct of the 2023 Census.

In his remarks, the Secretary to the Government of the Federation (SGF), Boss Mustapha, who was represented by the Special Adviser to the President on Policy and Coordination, Dr. Habiba Lawal, corroborated Buhari’s earlier remarks, saying that with a population growth rate of 2.3%, Nigeria would likely be the third most populated country in the world by 2050.

She said the 2023 Census would be the first fully digital population and housing documentation and the outcome would be useful for planning and budgetary allocations.