…Says Kano is a ‘swing’ State 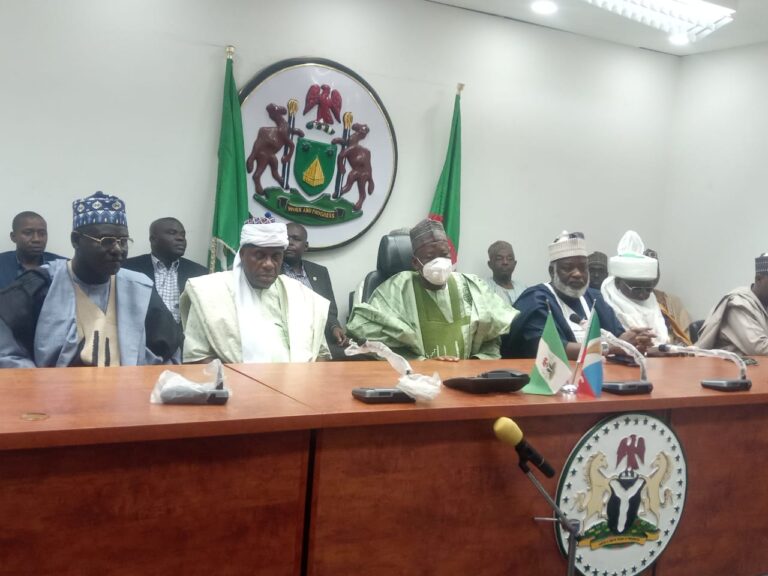 Amaechi, who pulled out of President Muhammadu Buhari’s cabinet to pursue his presidential ambition, visited Kano yesterday as part of his consultations ahead of the All Progressives Congress (APC)’s presidential primary.

At the meeting, with other APC stakeholders present, Ganduje said Kano as a ‘swing State, will continue to swing’. He added that Amaechi would know where the State eventually swung to at the right time.

Amaechi had told the governor that the people in the APC already knew where Ganduje’s loyalty was, and added that he was in Kano to convince him that he was the most qualified among the aspirants.

Recall that when Amaechi visited the Governor of Lagos State, Babajide Sanwo-Olu, he was equally not endorsed, as the governor told him former Governor Bola Ahmed Tinubu was their rallying point.

Ganduje is also known to be an ally of Tinubu, who is also aspiring for the presidency.

Meanwhile, Amaechi said he was more qualified than Tinubu, noting that the former Lagos State governor had never been a minister, and even as a lawmaker, Tinubu only served for a few months.

He equally noted that he was more qualified than Vice-President Yemi Osinbajo, adding that while Osinbajo was a commissioner in Lagos, he was already a Speaker of Rivers State House of Assembly.

Amaechi had visited Kano on Wednesday as part of his consultations ahead of the presidential election in 2023.