…Says Buhari must not be distracted

Former Lagos State governor and national leader of the ruling All Progressives Congress, (APC), Bola Tinubu, has said he will not rebuff entreaties to him to seek the party presidential ticket ahead of the next general elections. 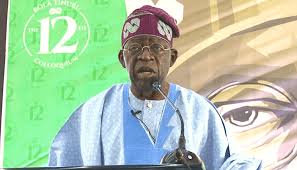 Tinubu stated this yesterday, after a closed-door meeting with certain Northern elders in Abuja.

The politicians, operating under the aegis Alliance Committee, was led to the meeting by their Chairman, Ambassador Lawal Mohammed Munir.

Tinubu told his host that he would make a declaration at the right time after extensive consultations with friends and associates.

Checks revealed that both the National and Presidential conventions of the APC is billed to hold next year.