Ahead of the 2023 general elections, Kano State governor, Abdullahi Umar Ganduje, says a presidential slot should be given to the southern region. 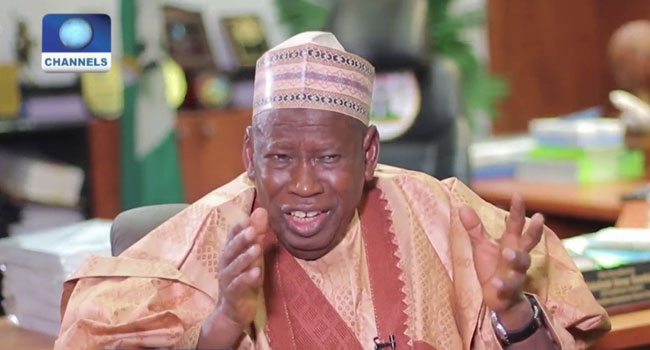 Ganduje stated this in Kano during an interview on a television programme that was aired on Friday.

“The Southern part of the country but there should be a consensus of the members,” he said in reaction to which zone should produce the 2023 presidency.

“Zoning system even though it is not in the constitution of the Federal Republic of Nigeria, it is a strategy for winning elections.”

When asked if the ruling All Progressives Congress (APC) has done well for Nigerians since sweeping to power in 2015, the governor replied in the affirmative.

He said the APC under President Muhammadu Buhari’s leadership improved on Nigeria’s security situation as well as fixing the nation’s economy.

The governor expressed his confidence that the ruling party would win the 2023 general election and maintain its winning streak by holding to power at the federal level.

He added that he is hopeful that despite the wranglings within the APC, the party would resolve all differences and put its house in order before 2023.

He however advised the party’s leadership to do a lot of planning and research to adopt the best option and approach in winning subsequent polls in the country.