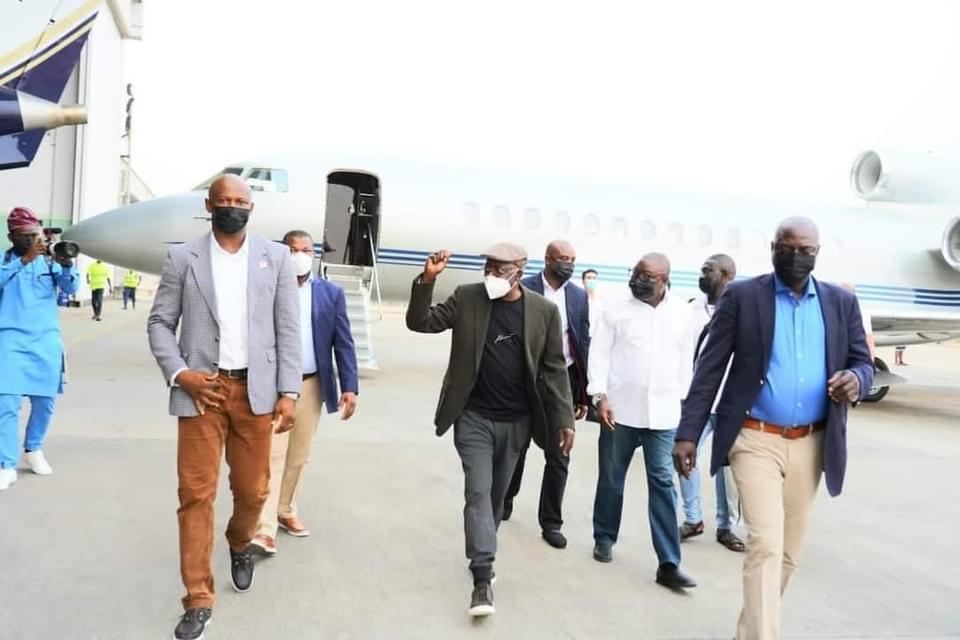 Tinubu, who is also an APC presidential aspirant,
returned to Nigeria from the United Kingdom (UK) at about 8 pm., yesterday

The flight carrying the APC National Leader touched down at the Murtala Muhammed International Airport, Lagos, and was received by some leaders of his campaign team.

Recall that Tinubu had a few weeks ago informed President Muhammadu Buhari of his intention to run for the presidency in 2023.

Shortly after hinting at running for the number one seat, the former Lagos State Governor jetted out to the UK.

The APC National Leader had said his trip to the UK was part of his campaign strategy, adding that he was consulting while abroad.

However, mixed reactions greeted Tinubu’s trip to London, as Nigerians claimed he travelled for medical reasons.

Prior to his trip, Tinubu had visited some parts of Nigeria like Oyo, Niger, and Zamfara States, as part of his consultations.