The Redeemed Christian Church (RCCG), at the weekend, backed Prof Yemi Osinbajo’s presidential bid, noting that he is a child of God who will keep his promises if elected president in 2023. 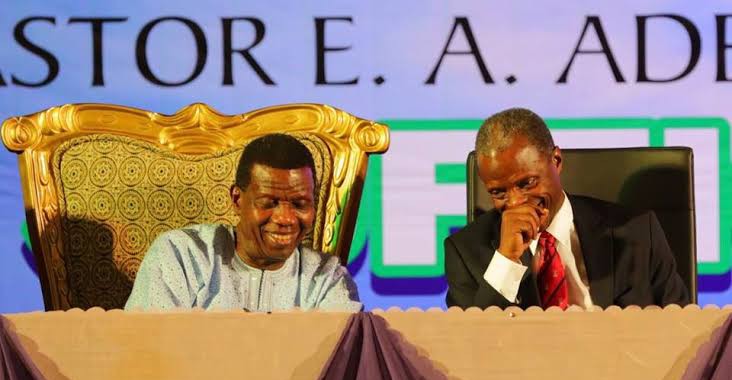 The Head of the church’s politics and governance, Pastor Timothy Olaniyan, who spoke while fielding questions from newsmen at the inaugural conference of New Era Nigeria, (NEN), a political movement set to change the narrative of governance in 2023, remarked that “Money politics in this country has led us to where we are now”.

He noted that the country’s vice president, All Progressives Congress (APC) presidential hopeful and senior pastor of the church, is not just a pastor, but a man of God.

According to him, “People will promise heaven and earth, and at the end of the day, you see them giving N1000, N2000 to eligible voters. After the election, you won’t see any of their promises being fulfilled, and the people they gave money to will not have access to these notable politicians.

“It is high time our eyes were opened. What we want is not those baits, we want somebody that would make a promise to our children and fulfill it. If you tell me education is going to be free, I want you to get there and make it free so that we would not continue to build up youths who have no future.

“As of today, Pastor Yemi Osinbajo is not just a pastor, he is still a child of God. There are many pastors who can decide to do rituals with a human skull and still claim to be a pastor. I am talking of a child of God.”

On his part, the convener of the movement, Dr. Fatunji Stephen, in his remarks, said: “Since our independence, we have little or nothing to show for it. Administrations come and go, they make promises every now, and then, yet the story remains the same.

“As the citizens of this nation, we can’t fold our arms and be criticising them. This is what brought about the concept of New Era Nigeria. The old era of leadership in Nigeria is characterised by systemic corruption and self-interest, among other vices you can’t imagine. We want the kind of people that will emerge to be credible. People that would not go into public offices for personal gain. We want people that would rise and be selfless for the betterment of this nation.

“Nigeria does not have a quick-fix solution. Those that come to say they would fix power, they would fix roads are just deceiving us. So far, what have they done about it? That is why we have decided to give ourselves a 10-year plan.”

‘’There’s a need to sit down and critically analyse, examine and research problems that may not be visible to the public. For example, even a blind man knows that we have electricity problems in Nigeria. By the time we do our research, the cause of Nigeria’s power outage may not be good for the public.

“2023 is already at the door; we encourage all Nigerians to go and exercise their franchise to elect those they think are credible; but so far, we are yet to see any serious blueprint on the ground from whosoever is to emerge.

‘’Nigeria should not expect so much from whosoever is going to emerge in 2023 because as long as these people we are talking about remain the majority in power, they will continue to control the affairs of the nation in such a way that even the person who intends to do good might be frustrated.

‘’Even if President Obama presides over Nigeria today, he won’t succeed because of the systemic failure”.