A presidential aspirant, Bola Tinubu, has taken a swipe at Nigerian leaders, saying he would tackle the challenges they have failed to address if he becomes the president. 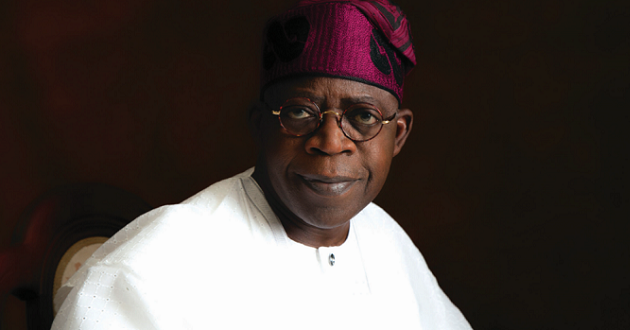 Speaking in Lagos on Saturday, while addressing hundreds of young people who gathered to declare their support for his ambition, Tinubu said he did not distinguish between the government of incumbent President Muhammadu Buhari and that of Buhari’s predecessors.

Tinubu and President Buhari are of the same party, the All Progressives Congress, (APC), and the aspirant has sought the support of the president for his ambition.

The Asiwaju said that the promises of a better Nigeria by the past administrations have not been attained. He encouraged the youth to forgo the pains of such failed promises.

It was not only in the area of failed promises that Tinubu took a swipe at Buhari and other former presidents; the former Lagos governor also took a direct but veiled swipe at Buhari for referring to young Nigerians as lazy.

According to him, “We cannot continue with excuses or NEPA failure. No! No nation can make rapid development without electricity. Give us that; and if we cannot be successful, then you can abuse us. But you cannot give us erratic electricity that is undependable, and then blame us again that we are lazy”, the APC leader said.

Tinubu presented himself as the best candidate that deserves the support of Nigerians and urged the youth to forget the failure of the past and obtain their PVCs ahead of the 2023 general elections.

Selling his candidacy to his audience, he encouraged the youth to vote for him in the coming APC primaries so he can replicate his performance as a former Lagos governor across the country.

Since his tenure ended in 2007 as governor of Lagos State, Tinubu has played a dominant role in who manages the affairs of the State. His anointed candidates have always won elections as governors of Lagos, Nigeria’s richest and arguably most-populous state.

President Buhari has not stated whether or not he would support the ex-Lagos governor for the 2023 presidential election.

Whoever emerges the APC candidate is expected to be the frontrunner in the presidential election but will face a stiff challenge from opposition parties, particularly the Peoples Democratic Party, (PDP).