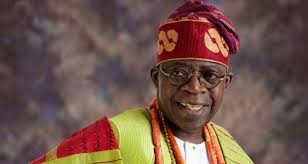 According to the ex-lawmaker, Tinubu will surely succeed President Muhammadu Buhari, adding that the All Progressives Congress, (APC)’s National Leader is the best candidate from the party in the forthcoming 2023 presidential election.

Jibrin said that just as Muhammadu Buhari was fielded and won the 2015 presidential election, so shall Tinubu beat all oppositions to claim the party’s sole ticket and win the election.

Recall that the former Lagos governor and Senator had a few weeks ago made his intention to run the presidential election public. Tinubu declared his interest after a closed-door meeting with President Buhari at the State House.

“In 2015, PMB was ahead of all the APC Presidential aspirants. He was fielded and he won! In the 2023 race, Asiwaju Bola Ahmed Tinubu is ahead, qualified, competent and CLEARLY has the best chance,

“He will be APC candidate. He will win the Presidential race and get the job done, God grace”, Jibrin tweeted.

The latest member of the APC to declare for the position was a former Governor of Imo State, Senator Rochas Okorocha.