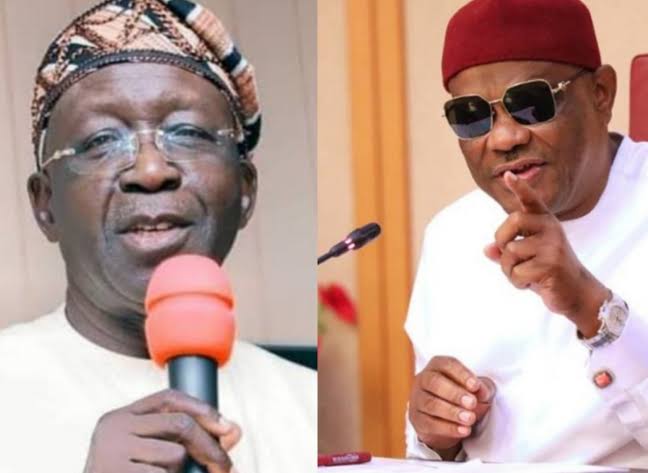 While speaking during the commissioning of the internal road in Omerelu community, in Ikwerre local government area of Rivers State, yesterday, Wike made the threat as he responded to recent comments by the National Chairman of the PDP, Iyorchia Ayu said the chairman is exhibiting arrogance.

The governor, who was responding to recent comments by the National Chairman of the Peoples Democratic Party (PDP), Iyorchia Ayu, said the chairman is exhibiting arrogance, which may cause the party to lose the 2023 presidential election. He said those who Ayu described as children brought him from nothing to be chairman of the party.

According to him, “Doctor Ayu said we are children. Yes, the children brought you from the gutter to make you chairman. Now we have seen that you don’t want the party to win the election, we will help you. These children you said we are, that brought you from nothing. Ayu, you said you founded this party, but you left the party in 2007. You founded a company; you left the company, and people stood and brought out the company to what it is today; you have no moral right to still come and claim that you founded that company. You left with your shares”.

“You want to show integrity, you want to show a party to Nigeria that we want to take over, you must convince Nigerians that we have integrity. You are the driver that will drive the vehicle to convey us to our destination. That is the victory we are looking for”, he stated.