The Department of State Services (DSS) has vowed to cage all religious, political, tribal leaders and groups responsible for the insecurity ravaging the country before the 2023 general elections.

Bichi, made this known at a ceremony organised by the staff of the Service to mark his four years in office, unveiling of a book written in his honour and the renewal of another four-year term in office by President Muhammadu Buhari, which was held at the Service headquarters on Wednesday.

The move, according to DSS Director-General, Mohammed Yusuf Bichi, is to pave way for a smooth, free, fair and safe conduct of the 2023 general elections in the country. The DSS said it would go after those perceived to be sponsoring activities of terrorists, bandits, kidnapping and other violent crimes in the country, irrespective of their political, religious and public status.

Already, the Service said it has collated the data of such persons in readiness to effect their arrest any moment from now. Bichi said they would not be allowed to escape, as they are being monitored on a 24-hour basis.

The DG, who listed terrorism, banditry, kidnapping and other violent crimes as some of the insecurity challenges the country faces, said the Service would no longer fold its arms to watch those perpetrating these evils move about and carry on with their deadly activities. According to him, the DSS, which the military, Police, the various security agencies and indeed the general public rely on for intelligence, are working round the clock to rid all criminals and their sponsors out of the way before the 2023 general elections. 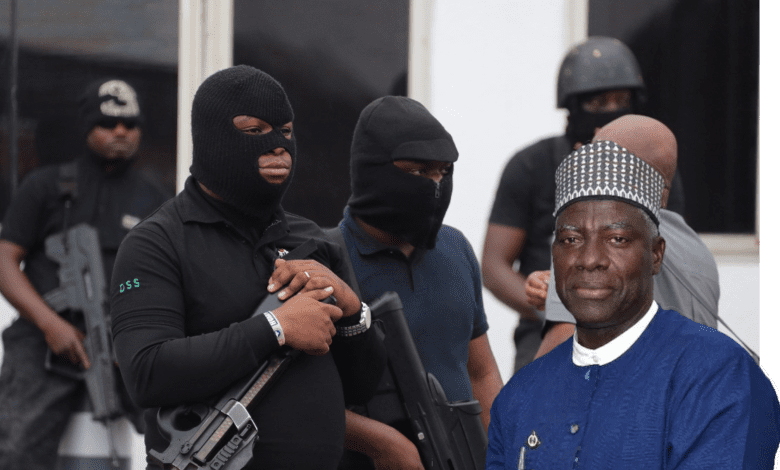 Bichi further said the Service was more than ever well equipped with state-of-the-art equipment and manpower who have undergone various training within and outside the country. He said in the coming days, weeks and months, Nigerians would get to know those who have been championing the insecurity in the country using religion and other dubious means as cover to perpetrate their evil acts to the detriment of innocent and law-abiding citizens. He added that these set of people would not be allowed to escape as they are being monitored 24 hours.

The DG, noting that the task before the Service is enormous given the security challenges in the country, pointed out that with the level of manpower and technology the service has acquired in the last few years, the task was surmountable.

The staff of the agency, including retired officers, poured encomium on the DG, who they described as humble, committed and a good listener.