Nigeria’s unemployment rate rose to 33.3 percent in the fourth quarter of 2020 (Q-4 2020), compared to 27.1 percent in Qj2, according to data published by the National Bureau of Statistics (NBS), yesterday.

This is the highest unemployment rate in the country’s history.

According to the NBS, this means that 33.3 percent of the labour force in Nigeria, or 23.2 million persons, either did nothing or worked for less than 20 hours a week, making them unemployed by the definition in Nigeria.

“This is an additional 1.4 million persons from the number in that category in Q2, 2020”, the NBS stated. 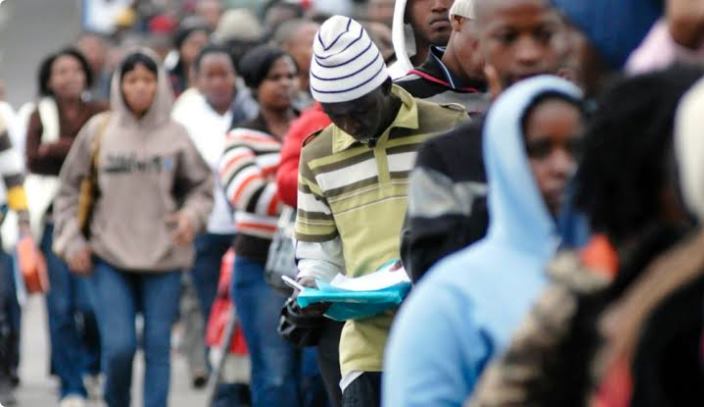 However, the NBS pointed out that the underemployment rate decreased from 28.6 per cent to 22.8 per cent in the period under review.

A break down of the rate of unemployment State-by-State revealed that Imo ranked highest, with 82.5% of its population either did nothing or worked for less than 20 hours a week.

Jigawa State followed closely, with 80% unemployment rate in the State.