About 70 persons, including members of Emmanuel Baptist Church, Kakau Daji, in Kaduna, who were kidnapped on Sunday, October, 31, 2021, have regained their freedom. 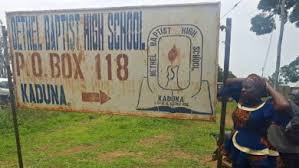 Recall that 66 worshippers of Emmanuel Baptist Church, Kakau Daji, were abducted during a Church service on Sunday, 31st October, 2021, but the abductors later shot five of their victims, killing three and injuring two.

Rev. John Joseph Hayab, Kaduna State chairman of the Christian Association of Nigeria (CAN) told newsmen that another nine persons abducted were also released together with the 61 worshippers on Friday evening.

The CAN chairman thanked the efforts of traditional rulers and stakeholders in ensuring the release of the victims.

He called on Christians and Nigerians to be prayerful against the insecurity that has brought untold hardships to the people.