…”He rescued Nigeria from disintegration” – Obasanjo 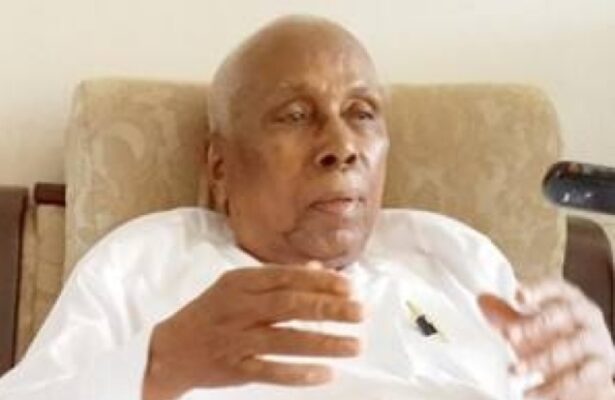 He said Joda, who was at that time the Chancellor of the Bells University, Otta, in Ogun State, and other Super Permanent Secretaries, saved the unity of Nigeria shortly after the country’s upheaval in 1966.

Obasanjo, while reacting to his death through his Special Assistant on Media, Kehinde Akinyemi, described Joda as not just a Nigerian, but a true and great Nigerian, committed to unity, development and progress of the country.

He said that they met when he was a Second-Lieutenant in the Nigeria Army and that Joda was a Deputy Chief Information Officer in the Federal Civil Service.

Obasanjo, who rolled out the drums to celebrate Joda’s 90th birthday last year in Abeokuta, recalled that the effort of him and his other Super Permanent Secretaries as they were fondly called in the then civil service saved Nigeria in 1966.