A former Chairman of the National Human Rights Commission, (NHRC), Chidi Odinkalu, has criticised the Attorney-General of the Federation, (AGF), and Minister of Justice, Abubakar Malami, ‘for choosing some separatism as tolerable’. 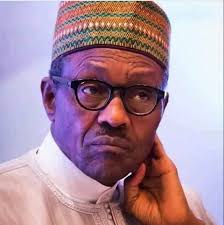 He argued that bandits and killer herdsmen ought to have been officially declared terrorists by Nigerian authorities — if truly they are impartial.

“There isn’t one separatism in Nigeria. There are separatisms,” Odinkalu, a professor, said while sharing his thoughts on separatist agitations in Nigeria via Arise TV recently.

“President Buhari, sadly, aided and abetted by the Attorney General of the Federation, Abubakar Malami, has chosen some separatism as tolerable. If you remember, Boko Haram declared a caliphate. That’s separatism. The bandits are not exactly seeking to accept the unity of Nigeria.

Many critics of the Muhammadu Buhari administration often condemn Malami, saying he is “incompetent”.