The Attorney-General of the Federation and Minister of Justice, Abubakar Malami, (SAN), yesterday asked the Judiciary to stop shrouding its budget in secrecy, insisting that such a system would not enable the Federal Government to determine if the N104 billion allocated to the judicial sector would be sufficient or not. 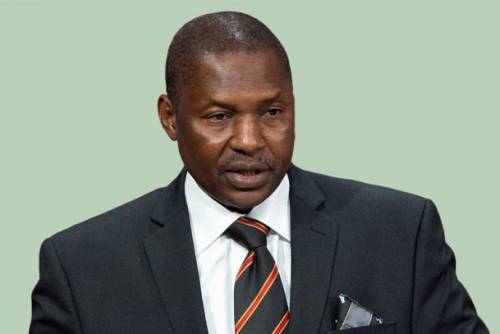 The AGF stated this as the Vice President, Prof. Yemi Osinbajo, tasked the judiciary to devise workable solutions to the problem of delays in the justice delivery system.

Malami, who spoke at the Justice Sector Reform Summit 2022, organised by the Nigerian Bar Association, (NBA), said there was a need for the judiciary to embrace the open government initiative by keeping its financial books open for public scrutiny, adding that President Muhammadu Buhari’s administration prioritise the financial independence of the judiciary by issuing the Executive Order 10.

On his part, Vice President Osinbajo tasked the judiciary to devise workable solutions to the problem of delays in the justice delivery system, adding that the reputation of the nation’s legal system, which an appeal court in the United Kingdom described as “catastrophic delays”, must be reversed.

He noted that a Justice of the Supreme Court had, in a piece of evidence he gave in a court in England, stated that it would take between 30 and 40 years to conclude a case in Nigeria. He called for a review of the process of appointment of judges, saying “there shouldn’t be a ‘take a bow and go’ situation at all”.

In his remarks, President of the NBA, Olumide Akpata, maintained that the Nigerian judiciary has the capacity to surmount all the problems bedeviling the justice sector.

He, however, argued that the appointment of judicial officers must be based on merit.