The Accountant General of the Federation, Ahmed Idris, has been suspended indefinitely. 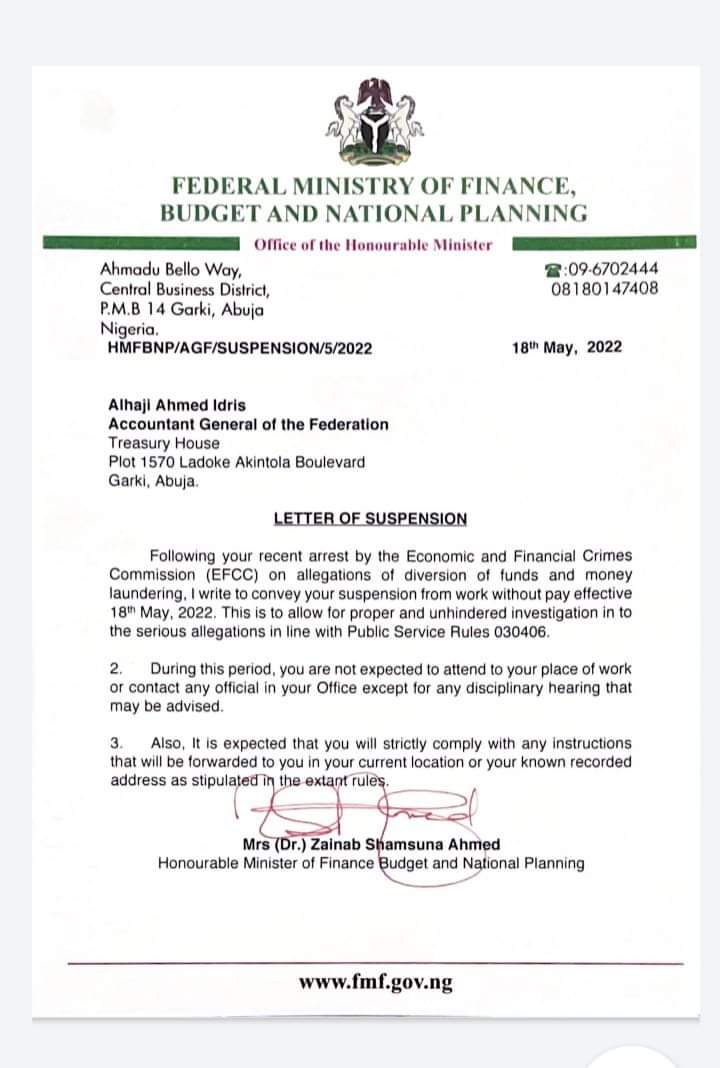 Idris was suspended by the Minister of Finance, Budget and National Planning, Zainab Ahmed, yesterday.

His suspension followed his indictment for fraud worth N80 billion by the Economic and Financial Crimes Commission, (EFCC).

EFCC’s spokesman, Wilson Uwujaren, had confirmed Idris’s arrest on Monday. He was arrested after he failed to honour invitations by the EFCC.

In another development, the EFCC also arrested former speaker of the House of Representatives, Patricia Etteh, over alleged involvement in a solar power electrification scam in Akwa Ibom State.