A cross-section of Awka residents have expressed dismay over the restriction of the public from attending the March 17 inauguration of Prof. Charles Soludo as the next governor of Anambra. 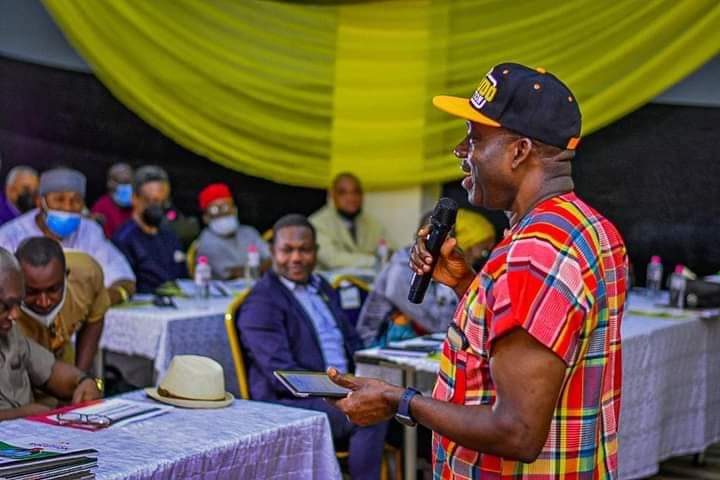 Recall that Soludo’s inauguration, according to earlier reports, is scheduled to take place at SSG Conference Hall within Government House, Awka, as against the popular Dr. Alex Ekwueme Square, where previous a similar event was conducted.

The Director, Soludo Governorship Campaign Organisation and former state Commissioner for Information, C-Don Adinuba, had earlier announced that only 50 guests would be allowed into the hall for the event.

However, some residents of Awka, who spoke in separate interviews with newsmen yesterday, expressed sadness at the arrangement, describing it as strange in the political history of the state.

A resident, Chidiebere Igbokwe, said the inauguration of a governor was a very big event that usually attracted people from all walks of life, saying that barring people from catching a glimpse during such an occasion was wrong.

“Since the advent of independence in Nigeria both during military and civilian rules, people are allowed to attend swearing-in of a governor because the occasion usually enables people to predict the direction of the new government”, he said.

A government official who pleaded anonymity said the media in the state was given only four slots to cover the event.

An Awka-based lawyer, Sunny Orji, said it was wrong for Prof. Soludo to shut out the Anambra masses who massively voted him during the inauguration.

According to him, “The crowd who attend State functions such as the inauguration of a governor do so on many occasions because it provides an avenue for petty traders to make some income; therefore, barring people from getting close will be viewed as a harsh decision to that class of people”, he said.

Also, a chieftain of the All Progressives Grand Alliance (APGA), Shedrack Nwosu, said some members of the party were disconnected from the flow of information between the out-going and in-coming government.

“We don’t seem to understand what is happening; because those in the outing going Government are not being carried along in the scheme of things.

“Inauguration of a new governor should be an event for the outgoing government, but the reverse is the case in this one and some of us are already confused”, he stated.

The inauguration was initially scheduled to hold at the newly constructed 10, 000-seating capacity International Convention Center, Awka, but was cancelled.

When newsmen visited the Government House, Awka, people were seen moving about freely with no special arrangements being made for the event.