“Ndi Anambra and the world at large would bear testimony to the fact that, on the eve of the election, the outgoing Gov. Willy Obiano administration had, through its Commissioner for Information and Public Enlightenment, Mr. C. Don Adinuba, told everyone that the APC had written results of 10 local government areas. 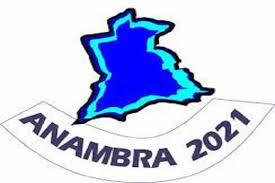 “We are heading to Court. APGA and INEC are aware that they compromised during the election and we have evidence to challenge INEC’s declaration in the Court of law”, Andy Uba said.

Recall that the Senator Andy Uba Campaign Organisation had declared that the result of the just-concluded Anambra State governorship election is unacceptable to them.

The Independent National Electoral Commission, (INEC), had on 10th November, 2021 declared Prof. Charles Soludo as winner, having polled a total of 112,229 votes to defeat his closest rival, Valentine Ozigbo, of the Peoples Democratic Party (PDP), who scored 53, 807 to emerge second.

Senator Uba, of the All Progressives Congress (APC), candidate got a total of 43,285 votes to emerge the third position.

It was reported that all other 16 governorship candidaates have congratulated Prof. Soludo on his victory except Andy Uba who came third and wish to challenge the official outcome of the election.