Anambra State governor, Willie Obiano, has said that the threat of a declaration of a state of emergency ahead of the November 6, 2021, Governorship election in the State does not have the support of President Muhammadu Buhari. 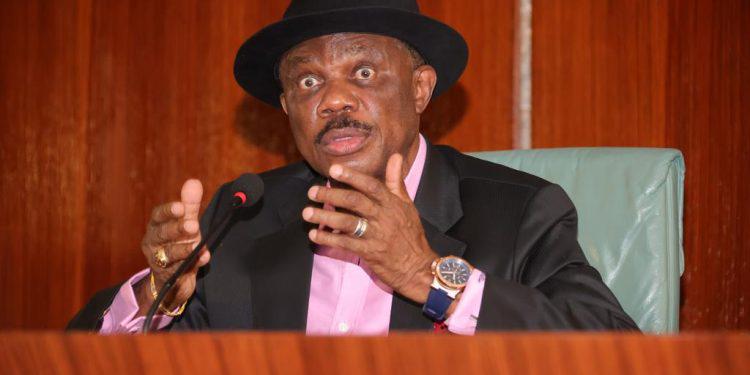 Governor Obiano made this disclosure while briefing State House Correspondents on the outcome of his visit where he met with the President in his official residence at the Presidential Villa, Abuja.

The reaction of the governor is against the backdrop of the recent comment by the Attorney-General of the Federation, (AGF) and Minister of Justice, Abubakar Malami, that the federal government is considering declaring a state of emergency in the State if the recent killings and high level of insecurity persist.

According to him, President Buhari has assured that he was only interested in a free and fair election in the November 6 governorship exercise in the state, citing the example of his (president’s) numerous attempts to win the election until his fourth try.

Governor Obiano described the Attorney-General’s statement as unfortunate and questioned why he had not contemplated the imposition of emergency rule in northern States where there has been a number of mass killings.

The governor said he would call the Attorney-General to express his mind to him over the suggestion, maintaining that apart from the recent security crisis, Anambra had been the most peaceful in the South-East region.

He also rejected assertions that members of the ruling All Progressive Grand Alliance (APGA) in the state’s legislature had defected to the All Progressives Congress (APC), saying that what happened was that the members were given N100 million each to join the APC.

He said the members have refused to be bought and have remained in the APGA.