…He looked for my trouble and I will give him ten times of that!

The crisis rocking the ruling All Progressives Congress (APC) has taken another dimension on Sunday following the declaration by a chieftain of the party from Zamfara state, Senator Kabiru Marafa, that the Governor Mai Mala Buni-led Caretaker Extraordinary Convention Planning Committee (CECPC) is an illegal contraption, unknown to law because Buni cannot operate as a governor and also superintend the party. 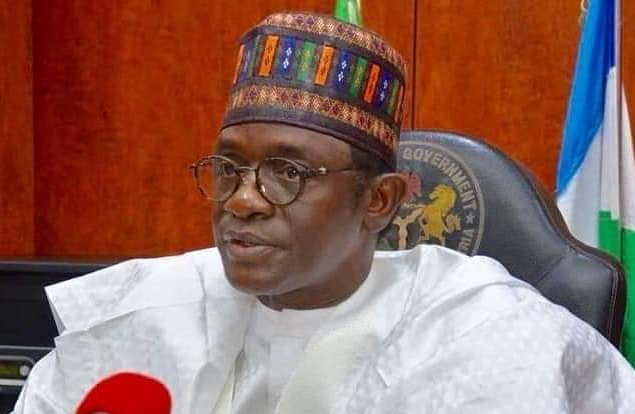 At a media parley, Sunday in Abuja, Marafa who represented Zamfara Central in the Senate for eight years said Buni is on a mission to destroy the APC.

Marafa said: “Mai Mala Buni’s CECPC is an illegal committee. It cannot conduct anything. Whatever it does is a nullity and it cannot stand in this country. We are going to challenge him on that in court and I don’t care what anyone will say. Buni looked for my trouble and I will give him ten times of that.

“The Constitution of the Federal Republic of Nigeria is very clear that you cannot hold an executive position and hold party position at the same time. Our APC constitution is also very clear in Article 2 which is the supremacy of the constitution.

“In S. 17(4), it says no officer of the party shall hold any executive position in government concurrently with the party position. He is an Executive Governor.

“And whatever he did from the time he was appointed to this time will be questioned. We have one APC.

“Remove this man so that he doesn’t bring everybody down. I am on a salvage mission.

“Who elected Buni and his committee? At which convention or congress? Are we throwing away this constitution?

“Then the judgment of the Supreme Court on the Ondo election is a clear indication of where APC is headed but because some people who have never gone to school but who God has elevated to certain positions, have forgotten how they got to the positions.

“For God sake and with all sense of modesty, I and Gov. el-Rufai of Kaduna state almost single-handedly with the help of some people made Buni the National Secretary of the party some years ago.

“We will force him to resign and I am sure the President will also do that,” he added.

Senator Marafa also declared last Saturday’s purported Congress of the party in Zamfara state as an exercise in futility saying it was dead on arrival.

According to him, the law requires the party to give a 21-day notice to the Independent National Electoral Commission INEC for the conduct of such Congresses.

Marafa recalled how the CECPC had earlier appointed one Ahaji Ibrahim Kabir Masari as Chairman of the State Congress committee for Zamfara.

He said: “Another letter was issued on the 5th of November. It was addressed to the same Alhaji Kabir Masari and it reads ‘suspension of ward congresses’.

“By that letter, that committee was suspended, the congresses entirely were suspended and it said the action was for further consultations to engender a seamless exercise. This was a welcome development because there were problems on ground.

“This was on the 5th November. Then, just on Friday, some of our friends called us to tell them that there would be congresses in Zamfara.

“They said they saw a letter addressed to the INEC chairman intimating him of congresses in Zamfara for the 12th.

“Less than 24 hours. We said that was not possible but we sent our people to INEC and verify, and they (INEC) said that they are in receipt of a letter and the letter said notice for the conduct of state congresses.

“I don’t know where Mai Mala got this thing but I’m not surprised because he didn’t go to school. I googled everywhere, I didn’t see the primary or secondary school he went to.

“This cannot hold anywhere in the world but we only joined them to show them that look, ‘you don’t have a monopoly of madness.’ This 24 hours notice, cannot stand in any court of law.

“We participated just to tell everyone that madness is not an exclusive preserve of some people.

“The essence of this briefing is to tell Nigerians why there is a faction again in Zamfara. Let everyone know that this faction came about because of the way and manner APC national is trying to suppress us in Zamfara state.

“We want to tell Mai Mala, Zamfara is not Yobe state. In an interview I granted recently, I sent a direct warning to him, he should learn to leave the sleeping dog lie. They didn’t heed that warning.

“Now APC looked for our trouble, we did not look for APC trouble. We did everything possible to accommodate our new visitor (Gov. Matawalle) but APC at all the points frustrated us.

“It appears APC national headquarters is at loggerheads with rules and procedures. They want to prove at every point that they are lawbreakers and uneducated.

“Like I said, we cannot see the schools they attended. Look at what happened in the state Congresses.

“Two different committees were sent to Sokoto, Kano and I think Osun. We have participated in the congresses, after this I am going straight to court.

“I told Buni to let sleeping dogs lie but he felt it was an empty threat. He has pressed us to the wall.

“We are going to fight back, whatever the consequences will be and we want the president to be aware of the illegalities that Buni is perpetrating.”