The national leadership of the ruling All-Progressives Congress (APC) has, in apparent response to the calls by the State chairmen of the Party, extended the on-going membership registration and revalidation by three weeks.

The exercise was scheduled to terminate on Wednesday, March 31, 2021, but few hours to the deadline, the APC State Chairmen Forum led by Ali Dalori, its chairman, asked the national leadership of the party to extend the registration in the interest of the party.

“After the conduct and conclusion of membership registration/revalidation exercise, we urgently call for: (a) the immediate conduct of Congresses and convening of the National Convention; and to allow for the completion of all other tasks assigned to the CECPC (by NEC) within the timeframe,” Dalori said at a press conference in Abuja.

Consequently, the Mai-Mala Buni-led Caretaker/Extraordinary Convention Planning Committee, (CECPC), on Thursday said it has extended the exercise on the recommendation of the National Committee for the Membership Registration, Revalidation and Update. 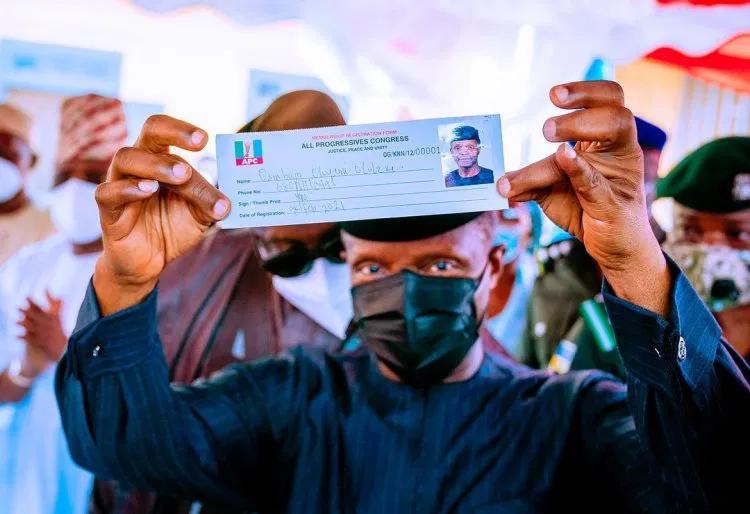 The APC CECPC National Secretary, John Akpanudoedehe, in a statement said the extension is also based on the indications by the Party’s Situation Room that “most States, for varied reasons, started late and require additional time to conclude the exercise”.

The Situation Room also indicated there was “an avalanche of applications from critical stakeholders (including all states caretaker chairmen) for an extension of time to capture Nigerians who are still desirous of joining the fold of the progressives”.