The former Director-General of the Progressive Governors Forum (PGF) – the umbrella body of Nigerian governors elected on the platform of the ruling All Progressives Congress (APC), Dr. Salihu Moh. Lukman, said the governing party has derailed and departed from the ideals it stood for during its formative stage between 2013 to 2015. 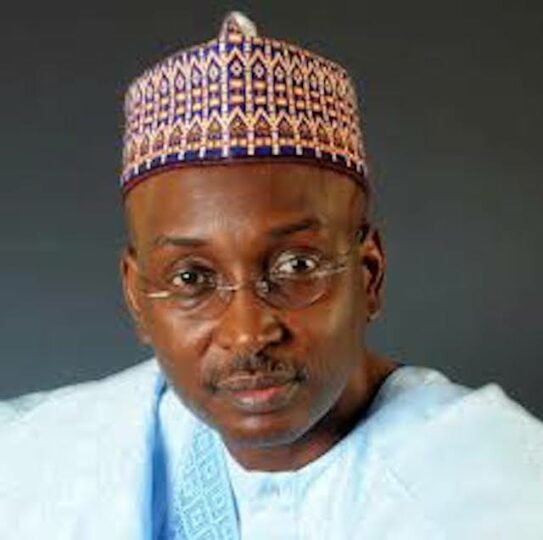 In an open letter addressed to all party leaders titled: “Politics of Change: APC on the Brink” issued in Abuja on Sunday, the former PGF DG said some leaders of the party are no longer committed to its vision at merger.

It would be recalled that, Dr.Lukman, who was the founding DG of the PGF, resigned from office over a crisis trailing conduct of the national convention.

He urged the APC to sanction any leader found undermining the forthcoming national convention of the party before things get out of hands.

Part of the statement reads: “The truth is that APC is being held captive by some few leaders whose interest is only about imposing themselves as candidates for elections.

“So long as that is the case, it means what we have as APC today wasn’t the party negotiated and produced out of our legacy parties.

“Rather than the envisioned party, which allows for internal debates and disagreements among party leaders and members, based on which there could be negotiations and agreements, APC today has been diminished to only an election platform, which is what the founding leaders and members wanted to change.

“The commitment to change the profile of political parties beyond being election platforms was precisely part of why Nigerians supported the APC in 2015.

“This reality is very disturbing. APC today wasn’t the APC of the period 2013 to 2015. Perhaps outside President Buhari, there are very few elected leaders in APC who are still committed to the founding vision of the party to provide leadership to change Nigerian politics.

“Given where the nation is coming from under PDP, changing Nigerian politics would require a departure from requiring citizens to be blindly loyal to elected leaders.

”It should require that citizens and party members are free to disagree and criticise elected leaders. In other words, politics of change should produce elected leaders who should be highly tolerant and where possible even accommodate disagreements and criticisms as part of the process of decision making.

“Every founding leader and member of the APC must rise to the challenge of arresting the drift in the party.

“Few individual leaders of the party must not be allowed to continue to impose themselves and destroy a party to provide the needed democratic platform for negotiated resolutions of all the problems of Nigeria.

“As it is today, APC is the only party where contestation is taking place. Again, thanks to President Buhari who is providing unbiased leadership to the party. It is possible for ordinary members to express themselves, including disagreeing with the decisions of leaders of the party.

“This unique leadership of President Buhari has helped a lot to sustain the hope of both party leaders, members and Nigerians desirous of political change.

“Beyond the unbiased leadership of President Buhari, there is the need for all party leaders and members committed to the politics of change to ensure the emergence of party leaders at the February 26, 2022, National Convention, who must be tolerant to criticisms and disagreements and should not expect members to be blindly loyal.”

On the February 26 national convention of the party, the former PGF DG said APC must produce leaders who would be able to compel elected representatives produced by the party to be accountable to Nigerians if it wants to return to its founding vision of driving the process of change in Nigeria.

“APC leaders must wake up to the responsibility of returning the party to the era when party leaders are tolerant to criticisms and disagreements. Both party leaders and elected representatives must not expect ‘anticipatory obedience’ from both party members and Nigerians.

“Not expecting ‘anticipatory obedience’ should be part of what will endear the party and its candidates to Nigerians based on which winning elections can be guaranteed just as it was the case in 2015 and 2019.

He said: “Finally, it is important to once more appeal to APC leaders to ensure that February 26, 2022, National Convention is not just about electing National Working Committee (NWC) members.

“There must be some reflections about the challenges facing the country, with a priority focus on problems of insecurity, rebuilding public education and health through mobilisation of massive financial investment in these sectors.

“Recommendations from the Convention should guide the review process of the party’s manifesto and bring out some of the campaign agenda of the APC for the 2023 campaigns.

“A major indicator for this would also include a review of the APC manifesto at the Convention.

“The campaign to return APC to its founding vision must have strong expression and resonance at the February 26, 2022, National Convention. The current drift, which is systematically destroying the APC must be arrested based on all the outcomes of the National Convention.

“Any leader working to undermine the National Convention should be sanctioned. Party members need to appeal to party leaders at all levels to return APC to its founding vision, which encourages internal debates and negotiations based on which agreements are reached and respected.”