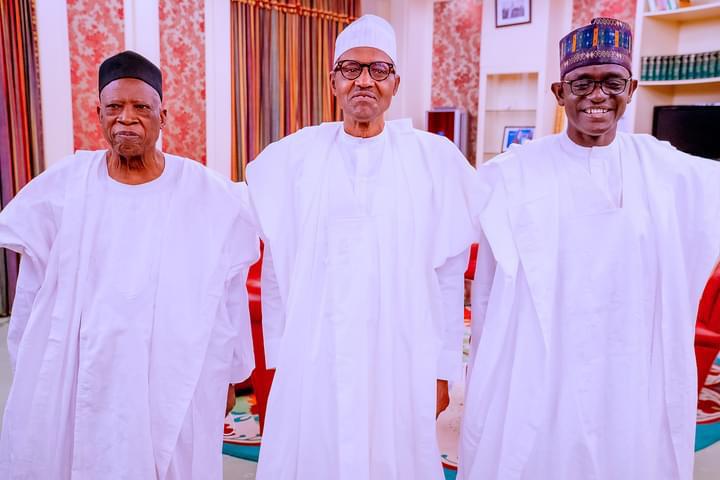 The meeting took place at the Presidential Villa in Abuja.

The ruling party is preparing for its primary elections ahead of the 2023 poll.

Recall that on March 26, the APC held its National Convention where it elected new national working committee (NWC) members.

Before the convention, Buni was Chairman of the National Caretaker Committee of the party for almost two years. The Yobe State governor took over the reins of power after a leadership crisis rocked the party in June 2020.

Speaking during the visit of Adamu and Buni to the State House, President Buhari said the ruling party has “nursed its wounds and healed itself”.

“Today, we should all be happy that the party has nursed its wounds and healed itself sufficiently to march forward to face the challenges of the coming state and general elections”, he said.

The President thanked the Buni-led caretaker committee for the conduct of the party’s congresses and convention, urging the new chairman to be fair and firm in his dealings.