No fewer than 208 court cases are threatening to derail the 26 March National Convention of the All Progressives Congress, (APC). 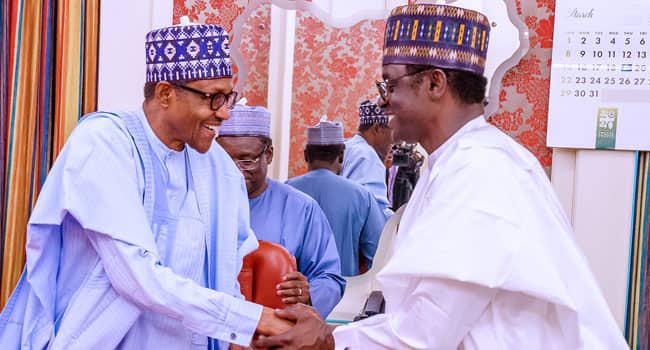 Some of the cases are challenging the leadership of the party in various States and the legitimacy of the Party’s Caretaker/Extraordinary Convention Planning Committee, (CECPC).

The cases, among others, seeking a declaration nullifying all State Congresses under the leadership of the CECPC, are threatening the Party’s National Convention, scheduled for March 26.

Recall that Yobe State governor, Mai Mala Buni became the CECPC Chairman on 25 June 2020, at a meeting presided over by President Muhammadu Buhari.

The party had asked all members with pending court cases to withdraw them.

However, a document obtained by newsmen on Thursday, showed that in the last year, 208 cases had been instituted against the APC.

In some of the cases, litigants had obtained court injunctions restraining the party from conducting its convention or recognising the leadership of some States.

Meanwhile, as the ongoing crisis continues, the ousted caretaker chairman of the party, Mai Mala Buni, is reportedly scheduled to meet President Muhammadu Buhari in London.

Buni, who was expected to rush back home on Wednesday, March 9, 2022, from Dubai, United Arab Emirates, (UAE), where he went for a medical checkup, was said to have had a rethink and would be heading to London.

Attorney-General of the Federation (AGF) and Minister of Justice Abubakar Malami (SAN), it was learnt, had arrived in London also to meet with the President.

Another official listed to meet with the President is Central Bank of Nigeria (CBN) Governor Godwin Emefiele.

Ahead of his London trip, there was a leak of Buni’s letter, which faulted Governor Nasir el-Rufa’i’s narratives on how Buni was removed as the CECPC chairman.

A source, who spoke in confidence, said the APC crisis has shifted to London with Buni struggling for survival.