There are indications that key players in the forthcoming National Convention of the All Progressives Congress, (APC), are tinkering with the idea of the party adopting consensus for elective offices. 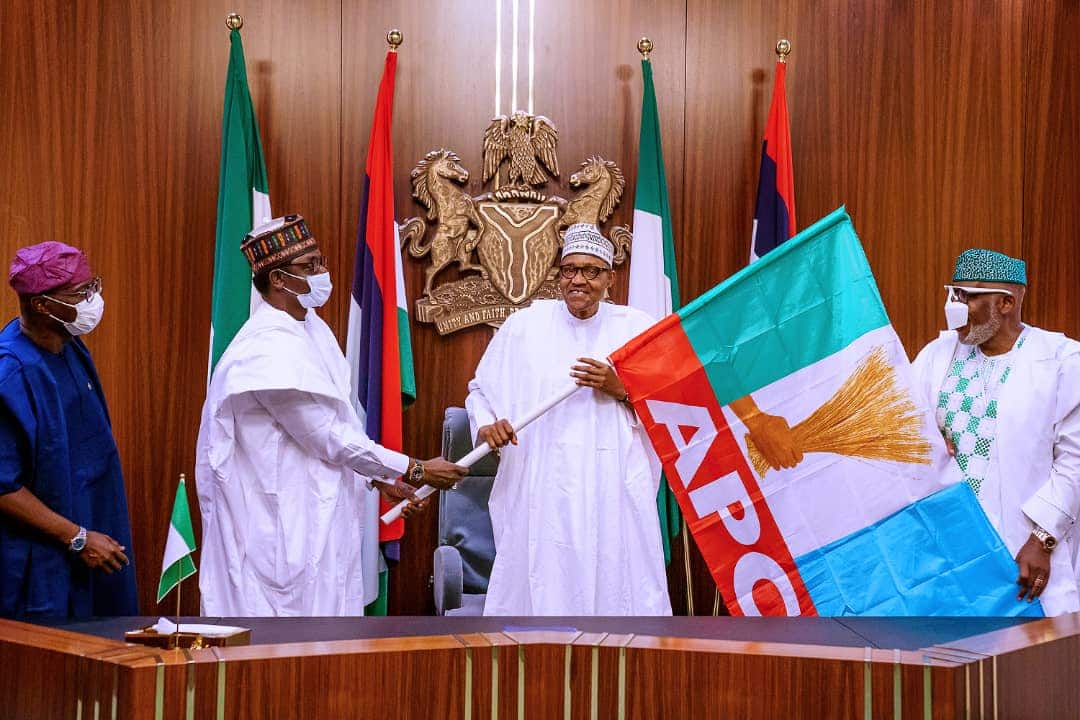 Some of the promoters, it was learnt, are said to be chairmanship aspirants, a couple of whom are keen on consolidating their individual grip on their states and senatorial areas as the countdown to the Convention begins.

The belief among the advocates is that the consensus option could lessen tension across the board, following suspicion in certain quarters over the process that would culminate into the conduct of the elective convention.

Eight APC stalwarts are in the contest for the position of National Chairman, with reports that some aspirants are reportedly facing tough challenges in having a firm grip of their immediate constituencies, as rival contenders dig into their areas.

Governors of the party were expected to meet yesterday, in Abuja, to finetune arrangements for the convention, slated for February.

It was gathered that Sen. George Akume was in Plateau State last week to lobby APC stalwarts over his chairmanship bid. 2 former governors of Nasarawa State – Senator Umaru Tanko al-Makura and Senator Abdullahi Adamu – are also reportedly in the race.

Former and serving senators, as well as three ex-governors, are contesting for the post of National Chairman, which is currently occupied by Yobe State governor, Mai Mala Buni, in an interim capacity, following the controversial removal of Comrade Adams Oshiomhole as substantive Chairman about a year ago.

There were indications at the weekend that the aspirants are seriously canvassing and holding consultations among on the choice of a consensus candidate to be elected as the party’s new National Chairman.

According to a source, “All the major contenders are pushing to be the consensus candidate and we too are not left out, especially as the position is almost certain to go to the North-Central zone”.

Some aggrieved stalwarts of the ruling party initiated a court process in Abuja last Friday, seeking to stop the convention on the grounds of unresolved issues relating to the conduct of State’s Congresses by the APC. The legal action came barely a few hours after President Muhammadu Buhari warned that the APC could lose the next general election, due to the protracted crisis plaguing the party.

Uncertainty still pervades the party on the zoning formula to be adopted for elective offices, including the presidency, in spite of the clamour for power shift to the South from the North in the next political dispensation.

Meanwhile, the summit being put together by some concerned party buffs over issues concerning the delayed convention will still go ahead in Abuja, it was learnt.

The organisers were quoted to have said that positive signs that the Convention will hold in February despite opposition from a few elements have only strengthened the resolve to hold the Summit, partly aimed at setting an agenda that will lead to the emergence of APC substantive leadership with pedigree and antecedents.

Delegates, including the top-notch of the APC, are expected to set an agenda on the Convention, quality of aspirants and role required to be played by certain power blocs in the scheme of things.

Some of the invitees, according to a source, include APC interim national chairman, Gov. Mai Mala Buni, chairmanship aspirants and other influential party members.