The Director-General of the Progressive Governors Forum (PGF), Dr. Salihu Lukman, has warned against the postponement of the National Convention of the All Progressives Congress, (APC), billed for next month. 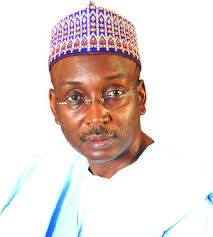 Lukman, in an open letter, yesterday, to APC leaders, claimed that there “are indications that the Governor Mai Mala Buni-led Caretaker Extraordinary Convention Planning Committee, (CECPC), is bent on staying put in office”.

Speculation about the convention not holding in February has been gathering momentum following a letter written by Senator Orji Uzor Kalu to Buni, dated December 13, 2021, calling for the postponement of the event.

The former Abia State governor was said to have suggested that instead of the February 2022 convention, ‘a simultaneous event,’ combining ‘presidential primary and election of National Working Committee members’ should hold ‘on the same day and venue to avoid rancour and litigations.’

Lukman, however, expressed the fear that saddling the CECPC with the additional responsibility of organising primaries for all positions for the 2023 elections would worsen the crisis rocking the party nationwide.

The PGF boss contended that the continued stay in office of the CECPC could lead to a series of litigations that might jeopardise the chances of the ruling party emerging victorious at the next general elections.

“Statutorily, by the requirement of the Electoral Act, the party is expected to serve at least 21 days’ notice of the convention to the Independent National Electoral Commission, (INEC), which basically means that if the convention is to hold any day before February 28, the notice to INEC should be given on or before February, 7”, Dr. Lukman stated.