Ø  As Osinbajo revalidates his membership in Ogun

The All Progressives Congress, (APC), has recruited over 4,000 ad-hoc staff for the on-going revalidation and registration of new members into the party in Adamawa state.

The 9-man committee from the national headquarters, led by Barrister Ibrshim Zelani, said the exercise would last for two weeks.

According to him, registration material has been distributed across the 21 LGAs to cover the 226 wards in the state. He further said training of supervisors and registration officers has been concluded to ensure hitch free exercise.

The committee, during a closed door meeting with party stakeholders observed that people are ready to embrace the exercise. “Electorates should provide 4-passport and fill a form to get registered,” Zelani added.

The State’s caretaker chairman of the Party, Alhaji Ibrahim Bilal, confirmed that the party had addressed its issues to achieve internal party democracy aimed at winning the 2023 elections in the State. 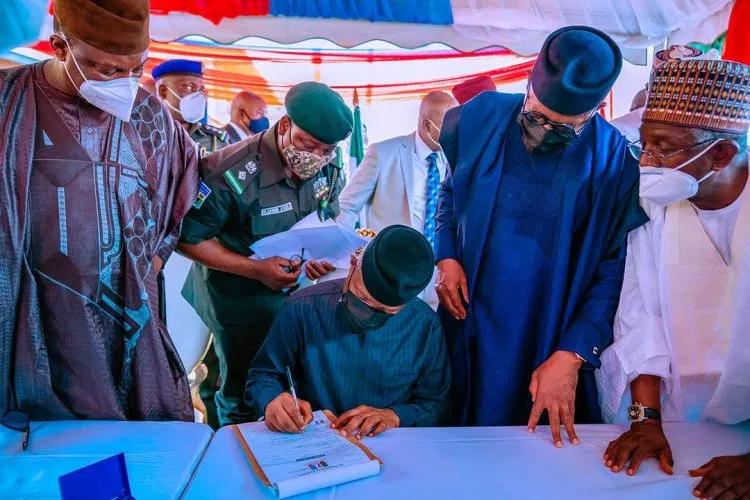 Meanwhile,  the Vice-President yesterday revalidated his APC membership in Ogun State. Osinbajo did his revalidation at Ward-1, in Ikenne.