The All Progressives Grand Alliance (APGA) has said that Simon Ekpa, a Finland-based member of a banned Nigerian separatist movement, the Indigenous People of Biafra (IPOB), is “the leader of the criminal gang terrorising Anambra State and the whole Igboland under the guise of enforcing the ‘Monday sit-at-home’ order”. 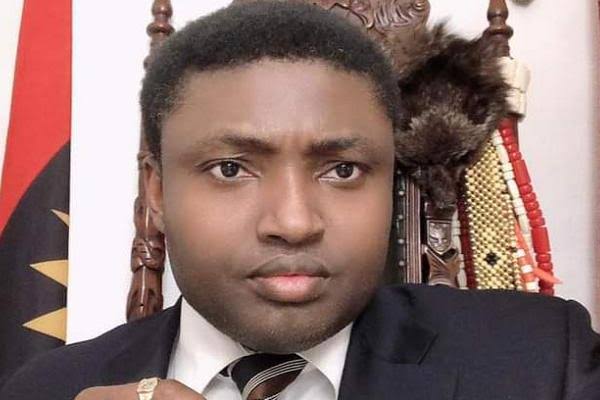 “Investigation proved beyond every reasonable doubt that one Finland-based Simon Ekpa is the leader of the criminal gang terrorising the State and the whole Igbo land under the guise of enforcing the ‘Monday sit-at-home order”, he stated.

“Ekpa has resorted to blackmailing Soludo and the authentic leadership of IPOB; but shame awaits him because the governor is not ready to back out of his decision to restore the economy of the South-East from being destroyed by criminals.

“The most annoying part is that Ekpa is not based in Nigeria”, he lamented, adding that “Ekpa dumped Nnamdi Kanu and said openly that his faction of IPOB would no longer take directives from him”.